With Frank in bad shape, Micro calls on Curtis for help. Madani and Russo continue to mix business with pleasure. Lewis stands up for his rights.


*In a fever delirium, wounded Frank dreams of an idyllic Castle+Lieberman family Thanksgiving, which turns to a nightmare slaughter. Lieberman goes to Curtis for help, and Curtis removes the arrow from Frank's shoulder and staples him up (and berates Lieberman for dragging Castle into this mess for his own benefit).
*After another night of sex, Billy sees Dinah's Frank Castle file and confronts her about her ulterior motive in seeing him.
*Frank regains consciousness, and is distressed at having left Gunner behind, but Lieberman tells him he took care of making sure he gets a decent burial.
*At the veteran support group, O'Connor the Vietnam/NRA-talking-points vet goes through his spiel again. Curtis tells the story of how he was trained to be a medic by being given a goat that was repeatedly injured for them to practice on.
*At the Lieberman home, Sarah confronts Zach about having a stolen skateboard and he slaps his sister for telling.
*At Homeland Security, Sam gives Dinah the news that Gunnar was found dead.
*At the hideout, Lieberman picks up a radio transmission of "Blackbird" calling for "Raven" to come in, and Frank says that he was Raven and Billy was Blackbird.
*On the city courthouse steps, Lewis and O'Connor pass out NRA pamphlets in protest of a case being tried against a teacher who brought a gun to school. A cop tells them to move on, and when Lewis points out that he is not breaking any laws but that the cop is abusing his authority, the cop arrests him (while O'Connor slinks away).
*Out in the Kentucky woods, Dinah and Sam analyze the crime scene of Gunner's death, and she figures out that it was a massive gunfight against two men, and that the sole survivor was probably Frank, which a DNA test later confirms.
*At the lair, Frank and Lieberman compare their Thanksgiving styles, and Franks talks about how the Marines (& Billy) were his second family.
*Lewis comes to support group early to talk to Curtis about why he bailed him out of jail, and Curtis tells him that O'Connor is not who he seems - that he never received a silver star or served in combat in Vietnam, that he only enlisted in 1977.
*Dinah meets Billy at the waterfront and tells him that she knows for certain that Frank is still alive, and asks Billy to help her find him, to save him. Billy goes to Curtis to see if he knows that Frank is alive/where he is, and tells him that the government believes he's alive, and that Billy just wants to protect him.
*Back at the lair, Curtis tells Frank he should accept Billy's help, and Lieberman says if he really trusts him he should go ahead and answer the radio call.
*Lewis goes to O'Connor's and confronts him about falsifying his military history. They fight, O'Connor grabs a knife and slashes at Lewis, then Lewis gets the knife and stabs him multiple times in the torso, killing him.
*Frank meets Billy on the waterfront. Frank tells him that things in Kandahar were worse than Billy knew, that Schoonover, Agent Orange, and Colonel Bennett in mortuary services were smuggling heroin out of the country by hiding it inside KIA corpses, and about how Gunner found out but is now dead. Billy offers to give Frank a new identity and work overseas with Anvil.
*Back at the lair, Lieberman wanders around looking sad, then sees Frank show up at Sarah's. She tells him about how badly the kids are doing, how hopeless she's feeling, but Frank says he has a feeling things are going to get better for the whole Lieberman family very soon.
*Back at the waterfront, Billy gives up on waiting for Frank, and is revealed to be in cahoots with 'Agent Orange' Rawlins.
posted by oh yeah! (8 comments total)
Seems a little unlikely for Rawlins to have left Gunner's body in the woods to be discovered, since he must have had to send another team in to retrieve the bodies of all the guys Frank and Gunner killed, but I'll try not to think too hard about that.
posted by oh yeah! at 11:20 AM on November 18, 2017 [1 favorite]

I dunno, he had video of exactly where his team died, but Gunner and Castle ran off some unknown distance in an unknown direction. Operating on a tight schedule I could see leaving him for the bears or whatever.

The Lewis plot might be my favorite part of the show right now. I never joined the military, none of my close friends or family ever joined the military since I was alive, those that joined in the 1980s never saw combat. In its own way the plotline of a vet who can't adjust to home life is about as relateable to me as anything that the goat man was doing on the moon in Inhumans, but the portrayal here has been incredibly personal and real and it fucking terrifies me. I've wondered, how would I talk to this person if one of my cousins came back from war? If I had kids that signed up? Coworkers, friends? I've tried to learn a lot about psychology and coping mechanisms and relationships of every sort, but how do you help someone who's stuck in that headspace? I guess talking down the bad guy is the whole theme of the punisher- can you, should you try, etc.

Near the bottom of the current politics thread, someone posted a couple of paragraphs that seem relevant here.

I don't have any fundamentally new insights; I just think that as we grapple with these matters here as a community, as well as in society as a whole, there are certain touchstones that we have a tendency to forget, but which are well worth revisiting regularly.

It's important to remember and be mindful that we are all wounded members of a toxic culture. That alone is basis for compassion toward victims, transgressors, each other, and ourselves. And it's important to have that compassion foremost in our minds, because ultimately the only just outcomes are those that steer us toward a more enlightened culture. Compassion - even when unreciprocated - binds wounds, and binds us together in that common cause. Mindfulness and compassion together can guide us to the wisdom to bring justice to fruition from the seeds of division.
posted by fomhar at 9:47 PM on November 18, 2017 [4 favorites]

I assumed Lewis would get some kind of redemption by deux ex machina killing Rawlins out of nowhere in episode 11 or something, this is much more gruelling!
posted by nicolas léonard sadi carnot at 2:24 AM on November 19, 2017

Not clear on how you would pull an arrow through someone’s scapula.
The two plot lines we were waiting for happened; Lewis loses it and murders someone, and Billy turns out to be the cliche of a back stabbing traitorous “brother”.
posted by P.o.B. at 8:20 AM on November 19, 2017 [1 favorite]

The reveal of O’Connor lying about his service record was telegraphed pretty heavily, not least because the actor would have been in kindergarten in 1968. Delaney Williams has lost a lot of weight since The Wire, but he still looks like a man in his fifties.
posted by ricochet biscuit at 12:51 PM on November 24, 2017 [1 favorite]

They’re also playing into some interesting real life things there. It’s essentially, or at least how I read it, “Hey Iraq/Afghanistan vets! Those older vets who fetishize you and try to get you involved in this bullshit are frequently not actual combat veterans, just blowhards! Don’t be like them!” Because this is a real thing that happens and they are always Angry Facebook Veteran and it is so painful when people buy that bullshit.
posted by corb at 6:28 AM on December 4, 2018 [1 favorite] 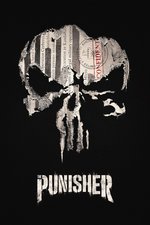