A sly, funny, unique gem of a film about the psychogeography of London. Shot in long, static takes by Patrick Keiller, "an architect diverted into making films", under the guise of a fictional flâneur known as Robinson, the film is narrated by the genteel tones of Paul Scofield, who plays Robinson's anonymous companion. London captures the city moving about its business, but with emphasis upon the quiet, historical undercurrents of a city in the dying grips of Thatcherism. It traces the modest flats of famous poets, views that inspired great painters, the fallout from the 1992 general election and the aftermath of an IRA bombing.


Interviews with Keiller, most of which consider his entire body of work (London has two sequels, Robinson in Ruins and Robinson in Space, but these can be read without spoilers):

Iain Sinclair refers to the London captured in the film as a “necropolis” and suggests that it’s a cinema that “requires no audience”. Considering that Sinclair’s book Downriver was written and published during the initial filming of London, I wondered what links and what differences you see between your and Iain’s work as a whole?

I didn’t meet Iain until after London was released, when I had read only one of his books. One of the many differences is that he’s much more prolific. I’m not sure he’s very keen on architects, whereas I’m more ambivalent – many of my oldest friends are architects.

Do you see the films as trying to teach people how to look?

Not in that way, no. The thing I tend not to talk about very much is the way that the pictures work, in that there’s always an attempt at some sort of hyperreality. There’s nothing nicer than saturated colours and high contrast. And I pursue that. But I don’t think I’ve ever written much about it, or said much about it.

What do you make of the fact that a lot of central London has been sold off to investors, leaving many buildings empty at a time when lots of people don’t have anywhere to live?

We’re living with an economic reality in which profits aren’t so much derived from creating wealth as by transferring it, often from the poor to the rich. In former times, wealth creation meant investing in production and infrastructure, but now we encounter these extraordinary examples of asset-price inflation. In London, that means placing capital in property, much of it residential. As you say, many of these owners find it easier to leave their buildings empty, especially if they’re based elsewhere, which they often are. I wouldn’t have thought it was very difficult to legislate against this kind of thing, but any such discussion seems to be off the political agenda, just as hardly anyone ever mentions rent control.
posted by chappell, ambrose (1 comment total) 2 users marked this as a favorite
I hadn't heard of this, but it sounds quite interesting. Will be looking it up. Thanks!
posted by myotahapea at 12:31 PM on April 24, 2018 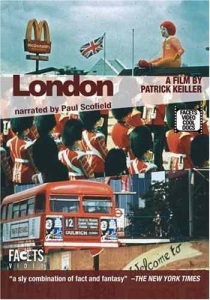