With days to go before the next Process, Joana tries to prove herself to the leader of the Cause, and Michele faces an ultimatum from Ezequiel.


*In 'Year 4 BP' (Before Processo), a man and two women send a slew of drones into flight to map the topography, then toast themselves as "The Founding Trio", and we see a brief flash-forward of some confrontation between them, and a gunshot.

*In the present Year 105 of the Process, we see the contrasting mornings of Michele (waking to luxury in the Offshore) and Joana (a fugitive for murder Inland, scrambling to survive). Joana goes to a doctor (Silas), thrusting some papers at him. Flashing back to 6 months earlier, Joana tries to convince Fernando to join her in finding La Causa, but he wants nothing to do with any side of the fight. Joana follows a Causa member she spots shooting out a surveillance camera, but gets knocked out in their hideout. She awakes to Causa members in gas masks accusing her of being a Processo spy, but she tells them she hates the Processo and refused her chance at the Offshore, and wants to join Causa instead and destroy them.

*The man in the gas mask is Silas, the doctor. He tests her and another prospective member by having them catch poisonous frogs to scrape enough slime off them to make 6 capsules of poison, and he fails them both when they come short by not cooperating, but then Joana bargains for another chance when she leads him to the location of a logo Silas had pinned on the wall. At the location, Silas finds a message hidden by the Old Man, with his posthumous instructions. Silas tells Joana that she must steal something from Gerson's house for him if she wants to join Causa. She balks and says she'll give him a map instead. Back in the present, she thrusts her map at Silas, but tells him she'll go. They time the break-in for when Gerson and his men are to be out of the house for 10 minutes, but Joana sets off a silent alarm and they return early. As Joana evades the men, Silas sneaks in to join her, and they steal the bag of explosive fertilizer and escape.

*On the Offshore, Michele starts the year at the Recovery and Treatment Center, under Ezequiel's direction.
*In a Council meeting, Ezequiel defends the quality of his selections against Marcela's accusation that Michele is a mistake, just like her brother, Andre, one of his previous selections and the first murderer of the Offshore. (Marcela was the investigator of the murder of Eugenio - Andre did not confess to it, but made no defense when caught bloody-handed at the scene.) Later, Michelle visits Andre, but he cannot see her from his solitary mirrored cell.
*Aline's treatment at the RTC to remove her memories of La Causa seems to have wiped her memory entirely (what with her not having any Causa memories to remove, having been framed for the murder of Cesar), as she does not recognize/remember Ezequiel.
*Rafael banters with Michele over which one of them is a spy for whom.
*Ezequiel asks Michele to make a test for this year's Processo - she designs a mirror-maze, and Ezequiel does a walkthrough with her, though turning into another interrogation on her loyalties.
*At another Council meeting, Marcela pushes for there to be more direct action against La Causa, and more soldiers in the streets for this year's Causa. She is approved to head Security.

*Silas tells a horrified Joana that the plan is to set off the bomb at the start of the Processo, during Ezequiel's opening speech, that the mass casualties will make people afraid to participate and will end the Processo. On the submarine back to Inland, Ezequiel shows Michele the security footage of Joana and Silas escaping Gerson's with the explosive, and tells her that her mission will be to find Joana and infiltrate La Causa.
posted by oh yeah! (2 comments total) 1 user marked this as a favorite
Hey, folks, time for another binge-post-athon. (I was going to work from home today, but then the office had some network failure that disconnected my VPN connection, so, it has turned into a staycation day.)

Netflix was being weird about the audio/caption options, kept reverting English audio and no subtitles, but I got it to stick eventually by going back to the options at the show-level. The English dub is just so cringe-inducing.

I was a little confused by Joana's timeline, as 6 months seemed like an awfully long time for Silas to be waiting on her info/participation to commit the robbery, but then I figured that we didn't know how much time elapsed between her talking to Fernando and her following the Causa sniper back to the hideout, so maybe there wasn't all that much time between finding the Old Man's letter and the Gerson break-in.

I'm hoping that we haven't seen the last of Alina and that her amnesia is temporary or partially faked. Looking back at the S1 episode threads and the mention of how thrilled the actress was to get to play such a major 'boss bitch' character what with the racial discrimination against dark-skinned women, I'd be sorry if her role as Ezequiel's antagonist is being taken over entirely by Marcela this season.

I'm just now binging. SO MANY FEELINGS. Yeah the timeline was a little confusing here but it was cleared up by the second episode. Also, I figured out that it's a week away from Process 105, so it's a year after the last season, and 6 months earlier with Fernando could've been way earlier than her chasing down the sniper.

What was very unsettling in this episode was how what little sympathy I had for Ezequiel near the end of the last season wrt to his wife was undone by how much of a manipulative asshole he was to Michelle. Like, it sure sounds like he set Andre up for the murder just to manipulate her.
posted by numaner at 12:16 AM on June 9, 2018 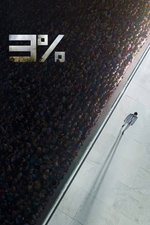