Harlem drug dealer Frank Lucas rises to power in corrupt 1970s New York, equalling and surpassing the notorious Mafia families with the reach of his empire. On the other side of the law, honest cop Richie Roberts dedicates himself to taking down `the most dangerous man walking the streets'. Lucas acts with impunity, smuggling heroin into the US in the coffins of American soldiers killed in Vietnam. Based on a true story.
posted by growabrain 1 user marked this as a favorite
« Older Book: Washington Black...   |  Babylon 5: Shadow Dancing... Newer » 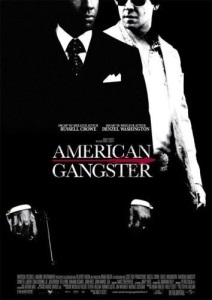