In a series of flashbacks to 2008, secrets are uncovered about Rosa's final day, Isobel's mysterious blackouts and Alex and Michael's relationship in high school.


Roswell, New Mexico Episode 6 Review: Smells Like Teen Spirit -- Roswell's flashback episode is its best yet, a heartbreaking and illuminating ride through the mid-2000s high school years. (Delia Harrington for Den of Geek)

Roswell makes the absolute most of its flashback episode, treating us to the full story of what happened to Rosa Ortecho, fresh insight into Isobel, Alex and Michael, and some choice 2000s style.

Like the Riverdale throwback, this episode succeeds because it’s more than a mere indulgence. While Liz and Max’s story plays out largely how we had previously seen and heard, everyone else gets new layers to their character, making their actions more understandable and even heartbreaking. We got a nice moment seeing Rosa putting on “her song,” which became the milkshake crash moment with Liz that Max remembered, and learned why Manes sent Alex to the military, why Isobel is afraid to be honest with Noah, and why Michael and Max are so rough on each other. Roswell, New Mexico Season 1 Episode 6 Review: Smells Like Teen Spirit (Paul Dailly for TV Fanatic)

If "Smells Like Teen Spirit" was supposed to make us understand more about the character of Rosa, it failed. She was a colossal pain in the ass who ran hot and cold.

I get that her mood swings were probably a result of the drugs wearing off, but still, she seemed like she was nasty for no apparent reason at the best of times.

Music from the episode, from Tunefind
posted by filthy light thief (3 comments total)
Ack, I messed up the formatting below the break, but you get the idea.

First thoughts: it seems like the new mystery is "what's going on with Isobel and her split personalities?" And Rosa got no redemption in this episode, because we already didn't know she killed those other girls in a drunk-driving crash, and that she wasn't sleeping with Alex's dad. So maybe she was trying to protect Liz from ... phony friends? OK, they're dramatic teenagers, and this is on the CW, so that sounds pretty normal.

And I just got the juxtaposition of her almost-kidnapping on their camping trip -- that's a different sort of alien abduction. Hah! Except it was a creepy old dude with a knife, which was not at all humorous. Then Max killed him, and Alex buried him.

Finally, a comment from a New Mexican: Saguaro cacti aren't found in New Mexico, but in southern Arizona and western Sonora, Mexico; a few stray plants can also be found in southeast California. Lots of the other southwestern landscape shots were New Mexico appropriate, but they lack that instant "Southwest Landscape" recognition of the Saguaro. But they're not New Mexico.
posted by filthy light thief at 10:34 AM on February 27, 2019

Finally got around to watching this. Is Isobel possessed by something? Does that have to do with her mind-fuckery powers? Also, was it just me or did she and Rosa have some vibe going on?

The actresses playing Rosa and Liz are stunningly alike, wow.

Liz looked adorable in her prom dress, too bad her date had to go be shitty.

learned why Manes sent Alex to the military

I think we saw more what Alex was getting away from, which we'd suspected for awhile. If it was his dad sending him, you have to question the logic a little. "You appear to be into men, and you shouldn't be, so I'm going to punish you by putting you where you'll be surrounded by men all the time. That'll teach you!"

And yeah, it seemed like Isobel and Rosa were a couple, but then they called each other friends and I got less sure. Maybe they were at that crushing stage of "she's cute and holds my hand, do you think she likes me?" Which would normally be a no-brainer, except that Isobel, yes, seems possessed about half the time. We still have more questions than answers about Isobel, but a lot of Rosa seemed well explained here. (Her crankiness explained either by inexplicable rejection from Isobel or huge fights with her dad, even though she's working so hard to stay clean and not deal drugs.)
posted by Margalo Epps at 7:45 AM on March 6, 2019 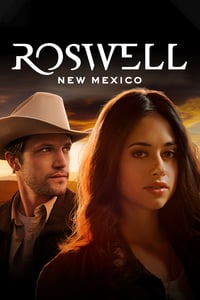