Does Steven Conrad's Patriot have too much industrial piping for your taste? Want to get in on the ground floor of a show that might be listed on a "Best Shows You Haven't Heard Of" list a year from now? Then you might like Conrad's latest, Perpetual Grace, LTD, which premiered June 2 on Epix. This show has everything:

It "follows 'James, a young grifter, as he attempts to prey upon Pastor Byron Brown, who turns out to be far more dangerous than he suspects' (IMDB)" (Wikipedia).

With Jimmi Simpson, Ben Kingsley!, Jacki Weaver, Luis Guzmán, and Damon Herriman.
posted by sylvanshine (7 comments total) 3 users marked this as a favorite
I love seeing New Mexico in film, as New Mexico. And oh, this is so New Mexico. The intro is shot probably somewhere around here (Google maps streetview). Luis Guzmán's house in Mexico looked a lot like houses in and around Santa Fe, and even that Mexican jail looked like it was in the vicinity (those low, layered hills/ mountains feel so familiar to the area).

But there is no Kilroy County in New Mexico.

And they've shown a lot of water in their river-adjacent shots. Which might be realistic if it's late in the monsoon season, or shot in just the right places. Or it could be movie magic.

I beat you to the draw here, filthy light thief! You won't steal this light!

No, I have you to thank, and have to thank you (which I did), for bringing Patriot to my attention last year(?), and I heard a few days ago about this new show by the same guy (along with another show creator whose name I won't look up right now; OK, Bruce Terris, per Wikipedia).

Some random information and links for the thread:

Patriot and Perpetual Grace, LTD both have title cards for every episode, some of which are very creative. Here's episode 2's. I don't know that I'll be posting each episode if there is no apparent interest, and I don't think a title card is a spoiler. Implicit Spoiler: there are no popsicles. Explicit spoiler: there is an orphan comb death fight, but who even knows what that is.

Man, the overlap in casting with Patriot is almost a bit much.

I remember thinking that Michael Dorman reminded me a lot of Jimmi Simpson. So then the show creator makes a new show with Simpson. Then there's Terry O'Quinn and Kurtwood Smith, both from Patriot. Then, "Dennis" from P. happens to be Conrad's brother Chris Conrad. Now here's the weird thing for me: he is in this show too, and while I thought "gee, that guy reminds me a lot of Dennis from Patriot in terms of mannerisms", I still couldn't figure out that it was him until I finally put it together while reading. I hate when that happens. Incidentally, he was a very "cut", preppy fellow in P. and he has totally changed his physique here. As an aside, I don't know Damon Herriman, the "Real Paul", but his voice reminds me exactly of the minor character from The Office who I can basically describe as the white guy in the warehouse (Dwight hires him for something else first). I don't remember his name. (I only notice this because I have been watching the whole series in the last month or two. Only after I started did I read that The Office is the very most popular thing on Netflix. Huh.)
posted by sylvanshine at 5:17 PM on June 17, 2019

I have you to thank, and have to thank you (which I did), for bringing Patriot to my attention last year(?)

That wasn't me, but now I'm intrigued in Patriot.

And I'm really liking this series. I'll be caught up tonight, so if nothing else, I'll be here to discuss episodes, if you want to post more :)
posted by filthy light thief at 8:07 AM on June 18, 2019

It's finally happened, filthy light thief. I am always confusing you with DirtyOldTown, because your names are grammatically and syllabically similar, and for some reason my brain works like that.

This time I totally borked it, and it had consequences. I apologize. It was DirtyOldTown who recommended Patriot in this thread. If I'm honest, it was also because you showed up here (and in the favorites), and I figured the person who recommended Patriot would show up in this thread since they're both by Conrad—and by chance it was the person whose name I confuse with that other person. Sheesh!
posted by sylvanshine at 4:00 PM on June 18, 2019 [1 favorite]

This might be odd to say, but I take the confusion with DOT as a compliment ;)

No hard feelings here, either. In fact, thanks are due for telling me about this new show. It goes into the list right away.
posted by DirtyOldTown at 2:59 PM on June 20, 2019 [1 favorite] 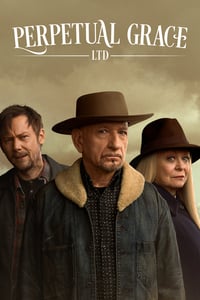