Krystal Stubbs (Kirsten Dunst) doubles down on her husband's dreams while he wrestles with leaving his J-O-B. Cody (Théodore Pellerin) loses a friend, but meets his hero.

Even if Showtime’s On Becoming a God in Central Florida didn’t have a lot going on upstairs, the fact that it stars Kirsten Dunst would have been more than enough to propel it to at least “soft recommend” status. Since she was a child actor, Dunst has managed to elevate even the better projects that she’s been a part of. And while awards may not tell the story, Dunst has consistently been one of the most underrated, unsung actresses around for decades—arguably the best of her generation, to be quite honest—never afraid to think outside the box with a particular choice in role. On Becoming a God in Central Florida is the next bold choice on Kirsten Dunst’s part in her career, one that only confirms that there is arguably a Kirsten Dunst role for every day of the week or emotional state. The series (of which all 10 Season One episodes were available for review) is set in an “Orlando adjacent” town in 1992 where Dunst’s Krystal Stubbs, a water park employee and former beauty pageant queen, sets out to take down FAM (Founders American Merchandise), the multi-billion dollar multi-level marketing scam that brainwashed her husband Travis (Alexander Skarsgård) and ultimately ended up ruining her family and home life. Specifically, the Garbeau System of FAM, created by a Colonel Sanders-doppelganger in the form of Obie Garbeau II (Ted Levine).

Oh this looks good. I like multi-layered, character-driven dramas (Better Call Saul, Fargo) and this ticks the boxes for me. Kirsten Dunst is great in this first episode.

The attention to detail is excellent - for example, Kirsten is wearing a bra that you can tell through her clothing is not quite supportive enough, a Wal*Mart bra, exactly right for her character. It's the little things like this that matter. If they've tried hard enough to get the tiny details right, it bodes well for the quality of the show.
posted by essexjan at 11:01 AM on August 27, 2019 [3 favorites]

essexjan, interesting observation, and it seems pretty spot-on for the whole show. It's well done, and I've done a serious disservice in my comments to not highlight Dunst's character and acting. Her in-show husband Travis (Alexander Skarsgård) gets more attention in the trailer, and the focus quickly shifts and makes it clear that Krystal is the power-house in the show, and with Kirsten as an actor.
posted by filthy light thief at 11:53 AM on August 27, 2019 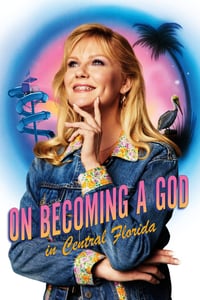