Micheala‎ signs the pre-nup because there are worse things in life and the protection of a monied family isn't to be taken lightly in times of crisis.


Micheala‎ pushes Mr Keating down the stairs. When he regains consciousness, he tries to strangle Rebecca and the mouse (!) kills him with the trophy.

Wes and Prof Keating meet when he returns to the house for the trophy. He manipulates the gang into returning for the body (probably at Annaliese's suggestion). ‎The gang burn his body and dump the remains in a bin. Keating secures her alibi by sleeping with her ex-lover and leaving her hubby a distraught msg on his phone. She then re-hires her assistant, calls the police, and tells the gang she believes her husband fled because the DNA results would implicate him. ‎

In a manner of speaking, uh, yeah.

I liked this episode. There was a lot of good tension and it has been a while since television scared me. And that's saying something for me. When dude walked back into the house near the end it was obvious something was going to happen, but the show is so dark at times. I think it's partly because if it would have been the standard horror trope of a small woman, then you know she has little chance (in the realm of television or film) and so there isn't much drama. But with Wes standing there and something definitely about to come at him from some unknown place in the darkness, I was actually scared for the dude since he might have to somehow fight for his life or extinguish someone else's. When he's just standing there staring with his mouth hanging open, that was just some gooood television. This show is going to run out of gas eventually but for now it's on fire. The characters are all notable and distinct, there are a lot of personalities to follow, and it has done a good job of interspersing actual cases amongst the drama.
posted by cashman at 10:00 AM on November 21, 2014 [1 favorite]

Ok, over the railing then. Tomato tomatoe. :)

And I was absolutely convinced Wes went back into the house to frame Prof Keating. Annaliese sitting there was an absolute shock. She just continues to surprise. And this time her being without makeup was armor, a deflection, when previously it was about her being vulnerable and stripped bare.

I've discarded all my assumptions about where they'll go from here--especially since (so far anyway), they've ALL kept the secret. Kudos to the writers.
posted by Ik ben afgesneden at 7:30 PM on November 21, 2014 [2 favorites]

So glad there's a thread for this series now! I was a few episodes behind, just caught up yesterday. I did not see that final "Annalise masterminds the coverup" plot twist reveal coming, loved it.

I wasn't sure what to make of this series at first - I didn't have particularly strong feelings about any of the characters; wasn't really invested in/rooting for anyone, but didn't have a 'love to hate' character either. I did love that the sex scenes were equally explicit regardless of gender combination, and way everything seems to be set on ludicrous speed, so I was curious to see how it would all hold together when flashback time caught up to real-time.

But then there was the wig & makeup removal scene and I knew Viola Davis had me forever. So glad that the twist revealed that voicemail to Sam was a calculated move, and not her actual sentiments.
posted by oh yeah! at 7:05 AM on November 23, 2014 [2 favorites]

What I don't understand is why Annaliese fired Bonnie even though Bonnie is in thrall to her.
posted by Ik ben afgesneden at 10:35 AM on November 23, 2014

What I don't understand is why Annaliese fired Bonnie even though Bonnie is in thrall to her.

I think maybe it was partly a writing trick, like the voicemail to Sam, to make us think Annalise was still choosing Sam, to make that last twist more shocking. It was after she fired Bonnie that she made the call about getting DNA testing done on all of Lila's teachers, so, maybe the firing was the first part of some plan she was setting in motion to bring down Sam without implicating herself, which she then had to revise once Sam was murdered.
posted by oh yeah! at 5:46 AM on November 24, 2014

Just caught up on this. Holy shit!! I did not see that coming at all. In fact, when Annalise asked them to all be as honest as possible and looked at Wes, I was like "omg she's gonna know he's lying!!" I love this show; it's exactly as faithful to the practice of law as House was to the practice of medicine, but it's a great thriller anyway.
posted by KathrynT at 12:34 AM on November 29, 2014 [1 favorite]

Also -- I watched a bunch of episodes in a row and can't actually remember if this happened in ep 9 or ep 8 -- but, nice demonstration of what affirmative consent looks like in an NSA hookup situation when there's alcohol involved. Asher is a complete douchebro in so many ways, it was really nice to see him respect the importance of making sure Bonnie's consent was active, particularly in contrast to the way Sam acted a couple of episodes ago towards Annalise.
posted by KathrynT at 11:30 AM on November 29, 2014 [3 favorites]

I'm so sick, so very sick, but I finally caught up with all the episodes and omg the last scene....it slayed me. I had no idea that twist was coming. Of course now I'm wondering if Annalise killed the coed too... Can't wait for next season.
posted by dejah420 at 2:55 PM on November 30, 2014

The Annelise reveal did at least close the big problem I had with most of the episode, which is why wouldn't they stick with the accident story? Even after Wes bashed Sam's head in, move him into the den and smear some of the blood on the edge of the coffee table and have Michaela call it in (she just came by to turn in the trophy, and found Sam bleeding out from the head, and she tried to render first aid and that's why her fingerprints/DNA are all over his chest) and you've got a plausible-enough theory of the case to get off scot-free. Removing his body raises all kinds of unpleasant questions, though if Annelise is willing to pretend she thinks he went on the lam, that at least closes some of them.

Calling it now that the campus cop who saw them leaving the house with a roll of carpet (and a story about Annelise's whereabouts that doesn't match her alibi) is going to be what blows the investigation open.

it was really nice to see him respect the importance of making sure Bonnie's consent was active, particularly in contrast to the way Sam acted a couple of episodes ago towards Annalise.

Yeah, I never thought I would say this, but between his reluctance to start anything with Bonnie until she explicitly consented and the hilarious stack of legal books that had to get swept off the couch when they started making out, Asher really endeared himself to me this episode. His character is actually a pretty sharply observed real-world archetype that you still don't see all that much in media--a guy who, by dint of his familial privilege and immature, superficial charm, would've probably been a pretty popular guy at the right frat at the right undergrad [both, of course that he would've gotten into], but who struggles with being taken seriously by the other protagonists of the show, because he's still trying to coast on those attributes.

I'm still going with some combination of Rebecca/Griffin as having killed Lila, though I expect the back half of the season will continue to be coy about it.

I noticed the consent issue with Asher also. It was well-done and really the writers have worked to make Asher's character pretty well-rounded. I was very surprised when he confronted his father about that case. He actually tried to find the truth and stood up to his father. Asher's trying to be a decent guy. I'm actually concerned that the shenanigans and his being left out will flip him to the dark side.

I don't believe Annaliese killed the girl. She was too surprised by the evidence of the affair.

As for Wes, that wasn't at all what I was expecting. The show carefully built up his distrust of and disillusionment with Annaliese so well that I expected he was going to either frame her or out her to the police.
posted by Ik ben afgesneden at 4:37 PM on November 30, 2014 [1 favorite] 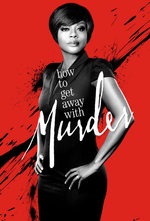