It's February 6, 2018. Don McGahn is back in the Oval Office with President Trump and the new White House chief of staff John Kelly. The New York Times has just published a story reporting that, back in June of 2017, Trump had directed McGahn to have Mueller fired and that McGahn had threatened to resign rather than carry out the order. The story doesn't look good. Trump says: "You need to correct this. You're the White House counsel." Trump wants McGahn to say it never happened. But McGahn knows that it did happen. The White House Counsel is sticking to his guns. He's not going to lie. The president asks again. Is McGahn going to do a correction? McGahn feels Trump is testing his mettle, seeing how far he can be pushed. And so he answers: No. He's not.

Episode 12 is about cover-ups. It first details the Trump team’s scramble to respond to the discovery--and eventual disclosure--of Donald Trump Jr.’s emails with the Russians. Those emails demonstrated that Trump Jr. had been informed of a Russian government effort to support the Trump campaign and that he welcomed the Russain’s offer of “dirt” on Hillary Clinton. Trump dictated a highly misleading statement for his son to issue in an effort to clean up the mess. This episode then maps developments in President Trump’s relentless campaign to get Sessions to unrecuse and redirect the Russia investigation into Clinton rather than him. Trump takes his battle with Sessions public, berating his “beleaguered” on Twitter and in the media until, eventually, Sessions is forced out following the midterm elections. Finally, the episode covers Trump’s panicked reaction to news reports suggesting that he directed Don McGahn to fire Mueller. The President’s not only wants McGahn to publicly refute the story, but he also asks him to retroactively create a false internal memo denying that Trump asked him to fire Mueller.

posted by General Malaise (1 comment total) 1 user marked this as a favorite
We're getting close to the end, and we have yet another pretty open and shut case of obstruction of justice, and a couple other close-but-not-quite-theres. I don't think I knew about the Don McGahn stuff, or at least most of the details, so that was illuminating.
posted by General Malaise at 7:24 AM on October 23, 2019 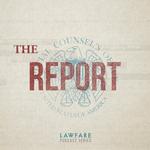