A man is killed trying to rescue others from a malfunctioning elevator, and his long-divorced ex-wife is dismayed to find that she's responsible for making his funeral arrangements. Ruth and George have lunch with George's daughter Maggie. George begins talking to a woman who doesn't exist and announces he's taking up residence in the bomb shelter. Nate finds an inexplicable photo of Lisa in a book Lisa's niece Michaela gave him. David visits his abductor in prison. Claire has her work displayed in an art gallery show. Rico tells Vanessa he wants them to get back together, and Vanessa tells him she wants a divorce.


There doesn't appear to be an obituary available for this episode.
posted by orange swan (3 comments total)
I wish those who produce TV shows and movies wouldn't write stories about plunging elevators. Building elevators don't crash unless there is major structural damage to the building itself, as on 9/11. But people get the idea that elevators do crash from scripts like this, and then they panic when trapped in an elevator and get killed or horribly injured trying to escape, because trying to force your way out of a stalled/broken elevator is very dangerous.

I'm glad the ex-wife came around (and I hope Nate was the one who had to clean up her vomit and learns to be less blunt than that in future), and buried that poor man decently, and was even a comfort to Rico as he accepts that Vanessa wants a divorce. I remember reflecting when I first saw this episode how you may think the feelings from significant long past relationships are totally gone, but they're not really... they just get buried under the life you've lived since.

Maggie gives Ruth her contact info in case she needs her in future... ignoring the fact that Ruth needs to talk to her right then. Maggie's her father's daughter when it comes to not answering difficult questions.

Brenda and Ruth share their thoughts on getting involved/married quickly in such a complacent manner. If you know what's coming in both relationships, their complacency is an eye roller. No, it is not a good idea to rush into marriage, and no, the fact that you're having hot sex with the person does not make your relationship an exception.

Fucking cokehead Claire at her art show. First she pisses off all her friends (although Russell was just being a tool), and then she takes Billy home and bangs him. Cocaine is not her friend.

David confronts his abductor Jake in prison in hopes that it will help him. It's no magic solution, but I think it will be of some help. For one thing I think David is proud of himself for having done it (in his fantasy dialogue with his father, Nathaniel says he's proud of David), and for another, he found out Jake is not only insane but also a pathetic idiot, rather than the all-powerful monster his mind was slowly turning him into. And he doesn't have to wonder whether doing it would have helped him or not. When you're finding your way through the after effects of a horrible experience, you just have to try whatever you're led to and/or whatever seems worth trying.

Jake: Did you bring me anything?
David: No, I hate you.

Keith is going to work for Roger Pasquese. Hoo boy.

Now to get to the worst plot twist of this entire series: the revelation that Lisa was murdered by her sister's husband, with whom she'd been having an ongoing affair. Which I can only respond to with a big OH COME ON. For one thing I can't see Lisa doing any such thing. She was so hung up on Nate for years, and was generally a principled, honest person, who had a good relationship with her sister. How often would Hoyt and Lisa even had a chance to see each other alone given that they didn't live near each other? Lili Taylor has said that if she had known about Lisa having an affair with her sister's wife, she would have played the character in a different way, which means it's something the writers came up with after Lisa's disappearance, which is bad writing. A plot development like this needs to be planned and seeded in well in advance or it won't be credible.

That said, there were aspects of this story line that worked, and the actors involved certainly did their best with it. Michaela giving Nate the book with the photo of Lisa in it, and then reminding him to give the book to David, was a truly chilling development, as was Hoyt's blood-curdling words, “I did not get angry with her. I played the guitar, I sang her a song.”
posted by orange swan at 12:55 PM on November 3, 2019

Overlooking the lack of any foundation for the plot twist (hoo boy!), its main effect seems to be vindicating a lot of Nate's behavior regarding Lisa's death. The tormented hero of a noir story learns the truth at last.
posted by kingless at 4:30 AM on November 5, 2019

Even more jarring than the Lisa exposition was Nate's immediate return home to Brenda and "let's have a baby" - no preliminary discussion of what just happened.

On the other hand, I feel the writers are very clued in on the issue of what it means to be an artist on the verge of commercial success.
posted by rongorongo at 4:07 AM on June 30, 2022 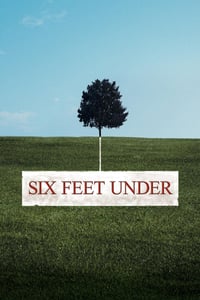