8 of singer/songwriter Dolly Parton's most famous songs are brought to life in 8 different episodes. (Netflix)


Hollywood Reporter - "Heartstrings is a great conceit tangled up in a cheap execution. By stretching Parton's songs beyond their breaking point and stuffing the minutes with tangential fluff, the producers end up softening the impact of her heartbreaking stories. With tighter editing and a looser translation of Parton's works, Heartstrings could have serenaded."

Decider:
*How Much Dolly Parton Is in Netflix’s ‘Heartstrings’?
*Stream It Or Skip It: ‘Dolly Parton’s Heartstrings’ On Netflix, An Anthology Based On The Music Legend’s Extensive Song Catalog
*‘Dolly Parton’s Heartstrings’ Cast Guide: Who’s Who in Netflix’s Anthology Series
posted by oh yeah! (3 comments total) 1 user marked this as a favorite
I watched two episodes of this over the weekend ('Jolene' and 'Two Doors Down'), and I while I don't want to say it's terrible, I'm pretty sure I won't be watching the remaining 6. I mean, it is kind of terrible in the writing and how low-budget-Hallmark it looks, but, it's so well-intentioned and kind-hearted, and so very Dolly, that it just wanted to give it a sincere "bless your heart" hug.
posted by oh yeah! at 5:54 PM on November 25, 2019 [3 favorites]

I am now 2 episodes in as well, and I'm enjoying it. We have a lot of Dolly content recently, and if you are prioritizing, I would recommend either the recent Opry tribute to Dolly or the Dolly Parton's America podcast (link to podcast website) above this. However, I am definitely going to watch the rest of the series.

I'm on my phone, but I'll link to a clever person who expresses thoughts on the series that are similar to my own: Tressie McMillan Cottom's Twitter thread. (I would be remiss to mention McMillan Cottom without pointing out that her book Thick: And Other Essays is a well deserved National Book Award finalist this year, and if part of what you enjoy about watching light entertainments like Heartstrings is pondering their sociological implications, you should read her work. She is a damn thoughtful writer.)

This is definitely schmaltzy, so if that's not your cup of tea, I'd move right along to the next thing in our endless media landscape. But this is excellent background tv for present wrapping or food prep, or whatever couchbound busy work you might have ahead of you in the near future.
posted by the primroses were over at 7:01 AM on November 29, 2019

If you're into Hallmark movies, this may be your thing.... here's what I saw of the first four. Dunno if/when I'll get to the rest.

Jolene: this is a slightly different take because Jolene isn't banging her friend's husband (she just boffed some friend of the friend's), and he just wanted to bang her. The friend takes offense because it COULD happen, not that it IS happening, though she has some good reasons for suspecting her husband is up to something. Jolene is personable, albeit barely dressed enough to not get arrested from the waist up all the time and you just want to say, "Aren't you cold?" I enjoyed the ladies' friendship though, so there's that. Dolly's actually in this one as a mentor/bar owner, which was nice.

Two Doors Down: Very, very LGBTQ friendly, with a genderqueer character, gay guys and one of them being forced out of the closet (mom doesn't deal well with non straight people) and a sister hiding her acting career as a suicidal vampire. I cracked up at stuff like the suicidal vampire was such a hit on Twitter that they somehow wanted to resurrect the character and give her a name and a storyline, and the whole "possum is your spirit animal" thing. And the mom stuffing her face with cake. Very inclusive for anything involving the South, I gotta say.

The one with "wings" in the title that I forget what it was called: Religious lady is now in a couple with Tom, a crusty old dude that she feels compelled to reunite with his lost kids (including one nobody knew about). There is a mildly amusing bit where brother and sister meet, not knowing each other, and she throws him out of the car when she deduces he's a cheater. Everything is rather awkward, then dad finally has a come to Jesus moment, then he hits his head horribly and dies. Also it turns out that he ran out on everyone because he's been wanted for murder of an abusive fuck since he was a teenager. So....very tragic soap opera there, but I guess she got called to summon them all for a reason.

Crackerjack: Four old friends have a girls' weekend in which revelations abound! They think Lucy's drunk but she's really got MS, Monica's husband is abusive, Scarlett's a widow and possibly rediscovering love, and Bits...well, they don't get to any revelations about her until 8 minutes before the end, but she sells jewelry and just made a lot of money? They also acquire a kid who's running away from home because she's about to lose her dog, which reminds them of their old pet Crackerjack who saved them from a snake. Also schmaltzy, but happier than the last one.
posted by jenfullmoon at 8:57 PM on December 1, 2019 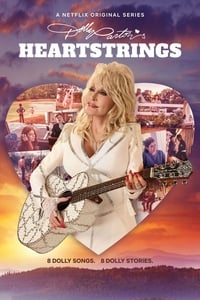