The one with the acid vat, broh.


It's live, die, repent you ever doubted Rick on Rick And Morty (Zack Handlen for TV/AV Club; rating: B+)

“The Vat Of Acid Episode” is another high concept single storyline entry, with most of its running time taken up by an elaborate “prank” Rick pulls on Morty because Morty had the temerity to make fun of one of his schemes. It’s funny, and I enjoyed it for the most part. There’s going to be criticism in this review, but it’s going to be that super-annoying kind of criticism where I keep saying “but I really did like it!” Also, I’m going to give it, like, an A- or something, even though I have reservations, unless I somehow manage to talk myself out of that. There are two kinds of criticism that you do when you review a show—there’s reviewing something for how well it achieves its intended aims, and then there’s reviewing whether or not those aims were worth achieving. The second bit is where things get tricky. I’ll try to keep this short.

Inside The Episode "Vat of Acid" (Adult Swim clip) -- The writers and directors of Rick and Morty up their production value by introducing a new means of destruction. (In which we find that the director, Jacob Hair, added in the extended plane crash scene, because the script was 5 minutes short.
posted by filthy light thief (13 comments total) 3 users marked this as a favorite
Rocky road with peanut butter instead of marshmallows would probably be delicious--Baskin Robbins makes a peanut-butter-and-chocolate flavor and it sure is--but I don't think that it would be rocky road, really. Also, even if Johnny Carson were still alive and healthy, I think that he was starting to get tired of the late night game even before he quit.
posted by Halloween Jack at 3:18 PM on May 18, 2020 [1 favorite]

I don't think Carson even made any media appearances at all after he retired from The Tonight Show. He was pretty adamant that he was done.
posted by Ivan Fyodorovich at 3:31 PM on May 18, 2020 [1 favorite]

OK, best episode of the season so far for me.

I loved this episode, mainly because they acknowledge that Futurama had already nailed the concept. BUT I can’t tell if I’m annoyed that it had such overlap with the Death Crystal episode (in both Morty gets a magic device and uses it to optimize his life) or if I’m impressed how it was the yin to its yang (though instead of one being light and the other dark, they were both dark).

In the Death Crystal episode he saw an endpoint and did everything he could (including wholesale murder) to ensure it. In this he is able to experiment with doing anything he wants because he won’t have to suffer the consequences, so will never deviate from reaching his natural endpoint. So the messages of the two episodes seem a bit at odds—one’s is “Don’t focus on the future so much that you don’t live in the moment” and the other’s is “If you live too much in the moment there will be CONSEQUENCES.” Well, everything in moderation I guess.

And I loved how the lame acid vat idea failed not once but twice. (So, does the portal gun just not work when immersed in hot-tub-temperature Mountain Dew?
posted by ejs at 6:34 PM on May 19, 2020 [1 favorite]

I can't remember the last time that hard at a TV show or movie, at the payoff of that looong joke in the middle of the episode. Oh my god, tears in my eyes
posted by Cpt. The Mango at 9:59 PM on May 19, 2020

That sort of Monkey’s Paw/unintended (but maybe inevitable) consequences of wish-granting miracle tech is likely to be recurring if not actually baked into the DNA of the show; “Rick Potion #9” was very much this, with devastating and permanent existential consequences. So was “The ABCs of Beth”, in a different way.
posted by Halloween Jack at 8:18 AM on May 20, 2020 [1 favorite]

Haven’t watched this ep, so I don’t have a reference for why someone mentioned Carson, but he did have a cameo on the Simpsons after he retired. Although, “I’m retired!” is the main point of that bit.
posted by sideshow at 11:57 PM on May 20, 2020

Jerry curiously pushing a button and unknowingly destroying his son's happiness is the most predictable and unavoidable plot point payoff in the history of plot point setups.
posted by M Edward at 2:44 PM on May 21, 2020 [4 favorites]

The little creep obviously doesn't deserve happiness but still.
posted by M Edward at 2:45 PM on May 21, 2020

Every time Morty hits the undo button the people he has wronged reset to their previous selves, unaware of what had happened. But the first time Rick uses it, Morty is aware that it worked, and so is Rick. That seems like a big plot hole.
posted by grumpybear69 at 10:38 AM on May 22, 2020

I don't think Morty was aware that he was killed and things were reset, Rick just told him that he made it and it works.
posted by numaner at 10:49 AM on May 22, 2020 [2 favorites]

It was pretty obvious there would be some sort of Prestige outcome given that it's clearly one of the touchstones for the entire show, but even though I was expecting the girlfriend plot to end up about as it did, it was still nice to see it happen in one long take instead of "Sure Thing"-style. Whatever happened at the end, the fact that one nice thing happened on its own somewhere in spacetime is surprisingly optimistic for the show. Plus, she's still in that last world -- Morty should have popped on a wig and gone to track her down!
posted by chortly at 11:09 PM on July 6, 2020 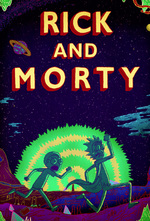