A new documentary covering the world's most infamous amusement park, through the eyes of guests, staff, and others finding themselves in the orbit of both the park and its larger than life owner.


The documentary covers the history of infamous New Jersey amusement/water park Action Park, from its origins in the excesses of late 70s-80s Wall Street through the heyday of the park in the 80s to its decline and sale in the 90s. The documentary can be divided into two halves - the front half focuses more on the insanity of the park and the over the top nature, while the second half gets into the cost in injuries and lives the park claimed, as well as how the park's "anything goes" ethos was a reflection of the dark side of 80s culture. In addition to contemporary video of the park, the story is punctuated with the recollection of guests, staff, and others caught up in the events surrounding the park.
posted by NoxAeternum (4 comments total) 2 users marked this as a favorite
I thought this struck a good tone avoiding celebrating the chaos or being single-minded about the injuries and the deaths. I was only allowed to go once, though my brother went several times (it was a little bit of a jaunt from CT), and the film definitely captures the vibe of the place - this must have been 90-92- of self-determined fun with a looming awareness of real risk.
posted by janell at 12:10 PM on August 29, 2020

My take is a lot less positive than janelle's.

I feel like the filmmakers were cowardly. They didn't do anywhere near enough to examine the moral rot beneath the place's design. It put a bandaid of "yeah, there was something culturally and psychologically strange about everyone having fun in such a dangerous place" on top of a bunch of interviews of people who had shit-eating grins plastered on their faces while talking about the circumstances that literally led to people's deaths. 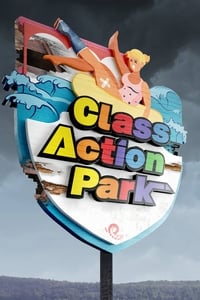