Gold Meddlers: The Warners forget the chocolate for their camping trip smores and are harassed by an over-muscled athlete competing in the "Greek Games." Pinko and the Brain: Brain (in his 'suit') schemes to take over the government by impersonating a senator and making everyone else resign, by accusing them of secretly being mice. Math-sterpiece Theater: Dot tells the story of Nancy, who has five apples, but not for long.


Notable in this episode are a couple of things they wouldn't have been able to have gotten away with on the original show. When Nils falls into hell, three devils hold up score signs reading 6 - 6 - 6. And Brain actually gets to use the word hell!
posted by JHarris (5 comments total)
My favorite moment in this episode is, after Pinky messes up Brain's plan by refusing to lie under oath, Brain actually doesn't seem too angry with him for a change. "Water under the bridge, my friend."
posted by JHarris at 10:17 PM on November 21, 2020 [1 favorite]

"No squatters in the stadium until after the games are over. That's when the urban decay sets in."

Check all the background extras, he's probably there in disguise.
posted by trig at 12:21 PM on December 8, 2020 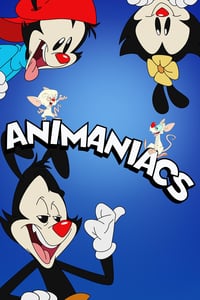