Counselor Troi's investigation into the suicide of a crewman suggests a murder was committed aboard the Enterprise while it was being built, and that the murderer is still aboard.


There are things we do not understand, yet they exist in Memory Alpha nonetheless.

Subtitles seem to think that Napeans are "partially empathetic".

We get our second, and last, reference to "Force of Nature"'s warp limitations in this episode.

Dialog in this episode re-emphasizes that access to personal logs is hard to get, requiring permission from the captain here, making Boimler's holodeck training program from LD:"Crisis Point" even more problematic.

All this time and no-one's ever noticed a whole freaking human skeleton in the wall? That, to me, might have been a clue that what I'm seeing isn't real.

This is a good Troi episode wrapped up in a 'meh' plot. Sirtis does a lot with what she's been given here, especially the story about her grandfather and her reactions to coming out of the hallucination. On the other hand, Data's discussion of suicide with Geordi is super heavy-handed, almost into "very special episode" territory.
posted by hanov3r (9 comments total) 3 users marked this as a favorite
This week's twofer theme appears to be "Worfs Behaving Badly". The skeleton in the wall was a clue that what we're seeing isn't real, but Worf getting more ass than a holosuite? That's a big screaming klaxon.

I kind of like when Star Trek does ghost story plots! Why shouldn't space be spooky? This one wasn't a winner, but it was a nice shift. I did like the silly explanation that they were basically seeing a psychic hologram on the wall resulting from somebody getting blown up by a really big laser.
posted by phooky at 9:37 AM on November 15, 2021

Cards of the episode in the Star Trek CCG:
Calloway is Simon Tarses with slightly different stats and is about as exciting. Empathic Echo is another dilemma like Archer, another one that you should really always beat by bringing a medic and a guard. Daniel Kwan arrived in the Second Edition base set, providing a 1-cost generic Telepathy guy, nice to have for busting dilemmas.

Darian Wallace is attributed to this episode, providing a card for Brent Spiner's standin and frequent bit player Guy Vardaman.
posted by StarkRoads at 9:43 AM on November 15, 2021

My choice for the two-fer would be (Belated) Halloween Episode, but Worfs Behaving Badly works as well. The Haunting of the Starboard Nacelle depends on our buying a sort of retcon on how empathy works, dispensed in an As You Know Bob bit of exposition, and makes me think of all the other ways that that could have been used before now; also, the late development of the Worf-Troi romance makes all this seem a bit forced. But the sublimely creepy Walter Pierce (played by Mark Rolston, who was also Drake, the other heavy gunnner in Aliens besides Vasquez, the original inspiration for Tasha Yar, played by Jenette Goldstein, who also has Trek creds) helps sell this.
posted by Halloween Jack at 10:45 AM on November 15, 2021 [1 favorite]

I'm not sure what went wrong here, but everything seems very stiff and artificial from the get-go; the scene where Riker fails to grab Kwan before he kills himself isn't well-blocked and ends up looking like Riker didn't make much of an effort to stop him. Frakes' reaction is weird, kinda frustrated and annoyed, it's much less visceral than, e.g., when he yells at a subordinate who hasn't gotten him a report on time. And the whole thing ends up seeming like a somewhat unfortunate incident, so it's hard to build on that.

Worf's line "Yes, I too have sought visions in the fire" struck me as hilariously overwrought, not that I fault Dorn too much, it's a weirdly phrased semi-nonsequitur in the scene. Troi is there, spilling her guts about her current problem, giving us some much needed backstory on her childhood, and Worf breaks in sounding like he's in a disassociative state. Troi mostly ignores him, sums up what she was getting at, and the scene is over. Weird.

There is a striking similarity between this episode and "I Only Have Eyes for You", an episode of Buffy the Vampire Slayer that aired 4-5 years later. Watching this and being bored made me want to rewatch the Buffy version, which was one of the series' highlights.
posted by skewed at 11:06 AM on November 15, 2021 [1 favorite]

I don't know, I have a fondness for this episode, maybe because they tried something space-spooky, as phooky mentioned (I'm a poet and I don't even know it). Or possibly it's because of my fondness for Drake in Aliens and his heart-eyes for Vasquez, so even though there is something clearly off about Pierce (like klaxon-level warnings on that dude) I'm still engaged in the story. Whatever it is, I like this one, and it's one of the vanishingly few Season 7 episodes that I will happily rewatch.

But I know it's '90s clunky and filled with awkward expository dumps and dialog and the still-to-me supremely unengaging romance between Troi and Worf. And I usually hate fake-outs! But I actually cared about the poor guy who killed himself, and I started wondering if the issues are a byproduct of the utopian universe Trek boxed itself into a corner with--we're supposed to be past things like mental illness and depression (and any regular old diseases of the body or disabilities except when it suits their story), so none of the command staff seem to have a clue why anyone would kill themselves. Why couldn't he just go to Counselor Troi or Dr. Crusher and get a hypospray and cure whatever his issue was? It's odd how just incapable they seem, and that's the only explanation I can come up with--a complete lack of knowledge of experiences such as this which might come up in the day to day lives of crew (with or without empathic signatures and organic matter blasted into the walls).
posted by kitten kaboodle at 11:59 AM on November 15, 2021 [1 favorite]

Huh, I thought Sub Rosa would have been the Halloween episode, what with the fog ghosts and the creaky old house and the digging up graves and the zombie grandmothers and whatnot. Has there been an actual, intentional Halloween episode of Star Trek since Catspaw?
posted by phooky at 12:27 PM on November 15, 2021

"Sub Rosa" would be a Very Special Halloween Episode, because of the orgasms.
posted by Halloween Jack at 12:44 PM on November 15, 2021 [1 favorite]

Another "which one was that one, again?" one—but on this rewatch I came away from it a bit more warm to it. Trek's results when trying on different genres are uneven (e.g. the similar DS9: "Field of Fire," or other crime-investigation outings/outliers like DS9: "Honor Among Thieves," VOY: "Ex Post Facto" a.k.a. "The One with the Delta-Quadrant Dog", or maybe even TOS: "Wolf in the Fold"), but what helps a lot here is that the story fits Troi really well.

possibly it's because of my fondness for Drake in Aliens [...] I know it's '90s clunky and filled with awkward expository dumps and dialog and the still-to-me supremely unengaging romance between Troi and Worf. [...] But I actually cared about the poor guy who killed himself

Pretty much where I'm at with it too. And while it feels clunky to us now, IIRC the notion of a sci-fi space-guy offing himself—at least on a major, syndicated show—was more striking when this one aired. That novelty, and that of seeing this part of the ship, may have eroded a bit by now; certainly, I don't foresee myself calling up this one in the foreseeable future when I'm in a random-TNG mood.

Also IIRC: the TNG Technical Manual implies (but doesn't outright state) that what Kwan is staring down the barrel of here is not the entire length of the warp nacelle's interior—which is fortunate because there's no way it's that short—but rather, a single warp coil (one of the nacelle's segments).

"Sub Rosa" would be a Very Special Halloween Episode, because of the orgasms.

"Eye of the Beholder" is another last season episode I know of and have seen all the way through at least once. But it's not a favorite by a long shot. The only things that make "Eye" memorable to me are that it's another episode in the Worf-Troi relationship arc and that it has Drake from Aliens, AKA Boggs from The Shawshank Redemption. Many actors and actresses were born to play a single role. Mark Rolston was born to play two!
posted by Stuka at 9:20 AM on November 16, 2021 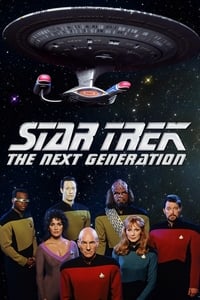