Mrs. Boonchuy has wanted a float for her restaurant in the city's Christmas Parade for years, and finally gets the opportunity, but turns it down due to the danger to the Plantars being discovered. So, Anne, the Plantars and their friends make one in secret. Meanwhile, the Plantars try to make sense of Christmas... and Andrias sends another robot assassin.


Froggy Little Christmas, written by Adam Colás and Jenava Mie, storyboarded by Silver Paul, Alex Swanson, Drew Applegate and Eddie West, and directed by Jenn Strickland, Roxann Cole and Kyler Spears. This is the last episode that we currently have a description for. Past seasons have tended to change the status quo significantly at the mid-season mark. With Andrias' robot army nearly finished, and a statement from creator Matt Braly that Season 3 is the final one, we're approaching the end of the show and major events coming up.
posted by JHarris (2 comments total)
"I'm a dino dentist!"

Was hoping for a Futurama easter egg, what with killer santa and all (Santa Claus is gunning you down)
posted by Marticus at 8:36 PM on November 28, 2021 [1 favorite] 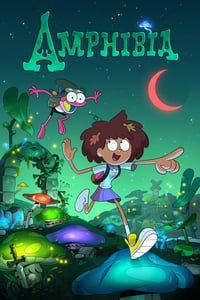