Following the true story of seemingly ordinary, devoted and mild-mannered couple Susan and Christopher Edwards, who find themselves the focus of a murder inquiry after they decide to kill one of their parents.


On HBO and Sky Atlantic.
posted by ellieBOA (8 comments total) 2 users marked this as a favorite
I couldn't stop thinking about this. I was expecting a more ordinary crime show, so the theatricality and the surreality were a surprise, and I was glad to see them.

David Thewlis is so tender and paternal in this, and Olivia Colman is perfect. She seems so small and, well, fragile. (That was a very sharp and memorable monologue.) It's amazing to me because I last saw Colman playing a queen, either Anne or Elizabeth, and she was an enormous screen presence then. I just assumed she was a very tall woman.

I read a review that said that the couple were not quite so passive, sympathetic and hard up in real life, but outside of that I am not going to read about the true story until the show is over, when I certainly will. I am very interested in stories about buried madness in the everyday.
posted by Countess Elena at 6:26 AM on December 8, 2021 [2 favorites]

I really liked the first episode. Very much enjoyed the director playing with cinematography styles, bits like calling action and striking the set.

Shades of Coen brothers or Noah Hawley with a dose more surrealism. Olivia Colman would kick ass in anything by them. Feels like just yesterday watching her in S1 of Broadchurch as it was airing in the UK thinking, Man, the US audience is going to love her as a leading actress. (She'd done smaller roles in e.g. Hot Fuzz and The Iron Lady by that time IIRC, and Peep Show never really broke through.)

I really enjoyed the first episode as well -- watched a couple nights ago and was considering putting up a FanFare post, but am lazy and happy someone else did it first.

From what I understand it's very much 'based on a true story' in that the broad strokes are factually accurate but they're really just a leaping-off point into a character study of two damaged people and their relationship with each other, which seems far more interesting than yet another crime drama.

Both David Thewlis and Olivia Colman were pitch-perfect, I felt, in this first episode, showing each character's weaknesses and emotional fault-lines, and how their codependence was both beneficial and damaging. Their individual telephone calls -- Susan's to the solicitor which opens the episode, and Christopher's to his stepmother -- were magnificently cringey.

I'm not fully sold on the more broadly humorous police angle, but they did provide a welcome bit of levity through their ineptitude, and the institutional misogyny certainly fits with the 'black humour' feel of the series.

I have *got* go back and watch Flowers.
Yes, you do. It had been on my 'to watch' list for ages and and after seeing this I finally dove in last night with the intention of watching the first episode, and somehow making my way through three. Well worth it. In addition to the Will Sharpe and Olivia Colman connections, Daniel Rigby (the bespectacled DCI Collier) appears as well.

She'd done smaller roles in e.g. Hot Fuzz and The Iron Lady by that time IIRC, and Peep Show never really broke through.
There's always a bit of a disconnect when I hear people who are mostly familiar with latter-day 'prestige film actress' Olivia Colman expressing surprise at her comedic chops, because I got to know of her through Hot Fuzz and Bruiser and her work with Mitchell and Webb and so always think of her first as a comedic actress, and used to find it surprising to see her in 'serious' roles.
posted by myotahapea at 7:04 AM on December 9, 2021 [2 favorites]

There are not two finer performers than David Thewlis and Olivia Colman, both of whom are at their best here, and the filmmaking is adventurous in a way I love. I’m scratching my head as to why this feels less than the sum of said formidable parts, and why I don’t feel terribly compelled to move on to the next episode. Is it because so much rests on the pathos of these two rather childlike people? Her form of “fragile” feels contrived; is she supposed to be a simpleton? If not, what, version of mental illness is she displaying? It feels like a device rather than a human manifestation, but a device for what? Every time we might feel something about her a distancing effect kicks in and we’re shown an overlaid movie clip that comments on her delusion, or the filmic nature of the show itself. It’s a self-conscious effect that leaves me looking at a screen rather than feeling much of anything.

The following episodes have a different, faster feel, so it’s definitely worth trying episode two.
posted by ellieBOA at 1:34 AM on December 23, 2021

Started watching this because, well, Olivia Colman and David Thewlis. Was surprised at the metanarrative aspects and am quite enjoying it. It reminds me somewhat of Fargo, a good thing. We have watched 2 episodes so far and I definitely am looking forward to the rest.

I want to know how the heck Gérard Depardieu fits in to all this! Is he really sending them long handwritten letters with €100 notes??
posted by hurdy gurdy girl at 12:10 AM on December 27, 2021

I thought they made clear in this episode (I haven't watched any others yet) that Coleman's character was impersonating Depardieu. It was her voice reading the letter (after that earlier scene goes out of its way to make clear she hasn't had a chance to read it since it arrived), no? And it's so clever because until the very last five syllables, you have no reason to question what you're hearing and no ability to recognize the utter implausibility of the whole thing. And so with that one name (and the anodyne salutation preceding it), the whole thing clicks into ridiculous focus.
posted by nobody at 6:08 PM on February 21 [2 favorites] 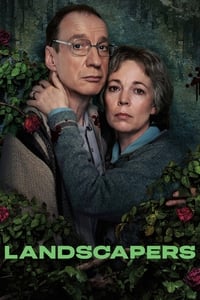