As the Union/Krill treaty negotiations continue, the Orville is the first vessel to explore a new realm of space.


Handling negotiations for the Union: Admiral Christie, who has a past history with Dr Finn. (We also get to see where many of the soundbites from the trailer were from!)
posted by fifteen schnitzengruben is my limit (13 comments total) 2 users marked this as a favorite
They seem to be leaning heavily away from humour, ironically as ST:Strange New Worlds adds some back into Star Trek.

It was a decent episode, but would have liked the series to have some breathing room before (apparently) introducing a new big enemy.

It's been so long that I had to look up what happened with the Kaylons as I just remembered there was a big battle, and had forgotten the Krill riding to the rescue.
posted by Marticus at 3:41 PM on June 9, 2022

This was creepy. We knew what was coming with the admiral and yet the alien form was SO MUCH CREEPIER than we expected. And THEN! Zombie transmission! YIKES.

They are going to some dark places this season. I'm enjoying it but man, Star Trek is now the light and fun show. (Although not this week!)
posted by rednikki at 6:31 PM on June 9, 2022 [2 favorites]

This feels like the show's attempt to do the ick factor of Conspiracy, the TNG episode that horrified a generation and was never spoken of again on the show (though it did get a run in the comics if I remember correctly). That face-melting scene was ROUGH.

We're about of stuff from the promo, so now I'm really curious where they go from here. Keep the serious trajectory or dial it back a bit?
posted by fifteen schnitzengruben is my limit at 6:42 PM on June 9, 2022

As much as I love Strange New Worlds, I feel bad that it premiered a few weeks before this new season of the Orville and stole their thunder a bit. For three years we’ve been singing the Orville’s praises as the true Trek successor, but then the excellent SNW showed up and its reception has definitely muted this show’s return.

Of course there’s more than enough room for both shows! And in a perfect world they’d both get long runs, but with Hulu’s enthusiasm for the Orville already pretty muted, I’m afraid that SNW might be the death knell for this fun, heartfelt, weird little show.
posted by Ian A.T. at 9:22 PM on June 9, 2022 [2 favorites]

Yeah, that was dark. But I enjoyed it quite a bit. I think my favorite bit was when the monster approached Isaac, did a "what the hell is this thing" for a beat, then ran off.

But, um, how are you going to go to an alien (?) ship with no protection? That's just... remarkably naive considering they're an exploration crew.

There was one bit of humor (I think just one), where Grayson couldn't get the power cell apart and got "If it doesn't just pop right off, you're doing it wrong" from two men. I sensibly chuckled because it was such a cheap sitcom bit, but appreciated during this dark episode.
posted by General Malaise at 2:49 PM on June 10, 2022 [2 favorites]

The thing about watching a fanfic is you're rooting for the underdogs. Come on guys, you don't have a big budget and you don't really know what you're doing but we're all hoping you entertain us.

Orville is like that they have a big budget. Still rooting for them but come on guys. 20 minutes shorter would have helped a lot.
posted by Nelson at 10:05 PM on June 11, 2022 [1 favorite]

C'mon, why didn't they open the season with that opening scene. Speaking right to the audience with that line would have been a great joke. Now let's see how the rest of the episode is.
posted by the antecedent of that pronoun at 6:18 AM on June 12, 2022

The art design for the Admiral's transformation was clever, and well executed.
posted by porpoise at 11:14 PM on June 12, 2022

I liked how this episode was like a self contained little short film. Great balance of humor & drama, I laughed a lot but Seth does is generally good at getting tones right. It was very bold of them to say we're doing our own Star Trek and then completely nail it, and I appreciate it.
posted by bleep at 1:32 PM on June 13, 2022

This feels like the show's attempt to do the ick factor of Conspiracy, the TNG episode that horrified a generation and was never spoken of again on the show

I started watching the Orville because it wasn't dark. The episode when Claire, Isaac and the kids crash land on the planet and have to defend themselves against hordes of zombies was hella scary, but it wasn't dark. I hope the rest of the season lightens up.
posted by RonButNotStupid at 1:49 PM on June 16, 2022 [2 favorites]

I kind of wish they'd kept it somewhere between Voyager's "Threshold" and "Ashes to Ashes" with maybe a dash of Lower Decks "Much Ado About Boimler".

This body horror / loss of identity stuff really freaks me out and I think the Orville really missed an opportunity to explore it and the consequences of living in a universe where this is totally a thing that can happen to people. Perhaps Yaphit was once a bipedal humanoid until he threw caution into the wind and looked into an alien flower without protection, but he's chosen to make the best of it instead of dwelling on metamorphosing into a blob of goo or attacking people in a blind rage.
posted by RonButNotStupid at 9:17 AM on June 17, 2022

This was some vintage Brannon Braga body horror Trek stuff. He was the guy who wrote a lot of the spooky 90s Trek shows where somebody mutates horribly, including the unjustly maligned Threshold. I'm glad to see the man can still bring the squick.

This was another good episode but I do feel like the lack of commercials has hurt the pacing a bit. It's like they're leaving in all the stuff that would normally be consigned to deleted scenes on the blu-ray. It also seems like they've just about given up the comedy elements, and while I'm generally fine with that (I thought they missed a little more often than they hit) the humor was one of the few things that set it apart from being a straight-up Trek show. The Orville began right around the same time as Discovery, so it had a solid niche as "the semi-comedic Trek show that's not an official Trek show but feels more like a Trek show than the official Trek show." Now there are so, so many Trek shows on TV, and it leaves this show in a weird position. Even if they're doing Trek better than Trek is, they're still kind of a knock-off of this product that's oversaturating the market. They're probably only going to really appeal to people who loved old school Trek but aren't too crazy about the new stuff, and while I'm very much in that demo I'm not sure how many more of me there are.

John Fleck, who played one of the Krill ambassadors, was the lead Suliban guy on Enterprise. Does anybody even remember the Suliban? The lizardy time travel guys? I always notice his name in the credits of a show because he's got an interesting place in art history as one of the NEA Four in the early 90s. Plus, he has kind of a weird name. Fleck.
posted by Ursula Hitler at 9:44 PM on June 18, 2022 [1 favorite] 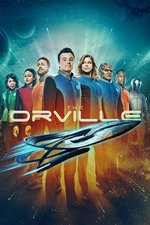