Lola ( Rebecca Gibney, who is also one of the writers of the show) and Chelsea (Geraldine Hakewell) know nothing of each other, only that they wait for the bus every day at the same time. This all changes when the two women intervene in a fatal carjacking and are subsequently thrust into a chase from authorities across Australia with a vehicle filled with cash. The strangers must rely on each other and their instincts while they are on the run.


This first episode sets up the story. It's fast paced, and there is violence, but nothing gratuitous.
Lola and Chelsea, the incompatible strangers who need to get along to survive is a trope, but it's handled well.
Chelsea is clearly neurodivergent, and it's signalled early on in fairly predictable ways, but it's still handled sensitively.
For those who need a content warning, later episodes deal with domestic violence and the subsequent trauma quite directly and graphically.
The soundtrack is excellent. Music by Jen Cloher, amongst others.
posted by Zumbador (2 comments total) 2 users marked this as a favorite
I watched this first episode and it was pretty solid, but I kind of forgot to follow up. i will be interested to hear your take on how it goes.
posted by DirtyOldTown at 8:48 AM on June 23, 2022 [1 favorite]

You have me watching this again. For me, most of the fun is the Lola+Chelsea relationship & the Australian scenery.
posted by kingless at 12:25 PM on June 24, 2022 [1 favorite] 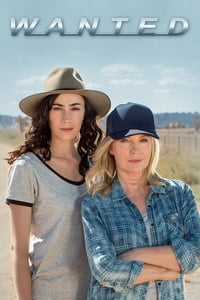