A Marine war veteran (John Boyega) faces mental and emotional challenges when he tries to reintegrate back into civilian life.


This is an adaptation of the true story of Bryan Brown-Easley, who one day walked into a Wells Fargo and announced that he was going to blow it up unless he got his VA disability check, which had been garnished to pay a student "debt." Boyega gives a solid central performance and there are a number of fine little touches that make it worth a watch, especially at its relatively tight runtime. The film, however, doesn't quite solve the technical problem it sets itself (so much of the drama results from what is not happening as events fumble towards their foregone conclusion) and occasionally lapses into sentimentality. Michael K. Williams gives one of his last performances.
posted by praemunire (7 comments total) 3 users marked this as a favorite
You could probably get a lot of mileage in a class by screening this back-to-back with First Blood.
posted by praemunire at 8:17 AM on August 29, 2022

There was no drug use or wild capers here, and, consistent with actual events, Brown-Easley does not survive the film.
posted by praemunire at 11:11 AM on August 29, 2022 [1 favorite]

"A struggling young bank robber meets up with two break-dancers. Together they become the sensation of the street crowds."
posted by abraxasaxarba at 1:40 AM on September 1, 2022 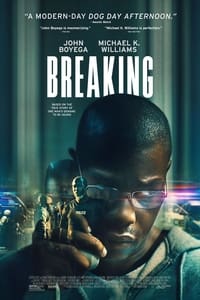