Tonight's episode of Dynamite is highlighted by two semi-finals for the newly vacated AEW Championship and a Women's Tag Match, as the promotion rebuilds expectations for next week's Grand Slam.

Toni Storm & Athena vs. Dr. Britt Baker, D.M.D. and Serena Deeb
posted by The Pluto Gangsta (1 comment total) 1 user marked this as a favorite
No lie, I think what I popped the hardest for this show is that Luigi Primo cameo. Do yourselves a favor and look up clips of him wrestling whole matches while spinning a pizza.
posted by The Pluto Gangsta at 6:18 PM on September 14 [2 favorites] 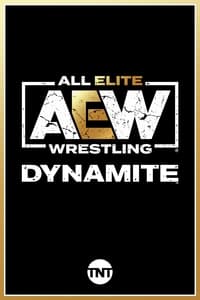