Upon arriving at a remote cabin, Kath (Winona Ryder) and her boyfriend (John Gallagher Jr.) find a mysterious young couple (Owen Teague and Brianne Tju) already there -- the rental has apparently been double-booked. With nowhere else to go, they decide to share the cabin with these strangers. When her boyfriend mysteriously disappears with the young woman, Kath becomes obsessed and enlists an unlikely supporter (Dermot Mulroney) with finding an explanation for their sudden breakup -- but the truth is far stranger than she could have ever imagined. This film played film festivals under the title, The Cow.

Currently streaming in the US on Kanopy and Hoopla. JustWatch listing.
posted by DirtyOldTown (2 comments total)
An interesting but kinda thin (and inherently guessable) mystery/thriller/horror, but with charismatic performances (mostly I mean Ryder, who is dynamic as ever). As with his Amazon series, Homecoming, Horowitz is good at ominousness and mystery, if less skilled at the clickwork precision needed to make a mystery box plot work.

Some interesting thematic stuff about aging, and I wouldn't fault someone for rating it a fair bit higher.

I thought Ryder was very good in this, and Brianne Tju (I think this is the first thing I've seen her in) good, but aside from that there maybe wasn't a lot there.
posted by box at 10:47 AM on December 4, 2022 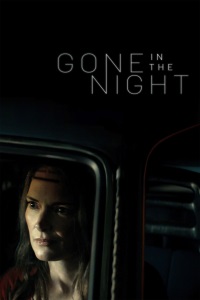