With rumors of insurrection in the air, a cleric convinces Samuel that Nat (Nate Parker) should sermonize to other slaves, thereby quelling any notions of an uprising. As Nat witnesses the horrific treatment of his fellow man, he realizes that he can no longer just stand by and preach. On Aug. 21, 1831, Turner's quest for justice and freedom leads to a violent and historic rebellion in Southampton County.

Written and directed by Nate Parker.

Today, I'm going to post a bunch of movies that have merit and are worth discussing, but to one degree or another, are problematic. I will be tagging them #problematicmovies. Nate Parker and Armie Hammer are kind of a twofer on this one.
posted by DirtyOldTown (6 comments total)
....So, this is the film that helped spark the way I personally deal with problematic movies.

I have mentioned a couple times in past threads that I once worked on a play with Colman Domingo, back in about 2003 right before he started to blow up. He is delightful, and probably still to this day would remember the in-joke he and I had during our show.

And because he is so gregarious and delightful, he was one of the first people to connect with me when I signed up on Facebook in about 2005. And I've stayed connected to him - and I have thus gotten a front-row seat to his career blowing up. And - that includes 2015, when he was talking at length about making this film. Because he was also cast in this film - and he was so excited about it, guys, so proud of what he did and the story it was telling. He was so thrilled for it to open and for it to break big.

.....and then, when it opened, the stories about Nate Parker surfaced, and the film just tanked. Colman was resigned about it, but I knew just how excited he had been for it, and my heart broke for him. But at the same time - I also completely understood the controversy. It is still a bit murky exactly what happened with Nate Parker, and his accuser deserves to be believed.

But what I kept coming back to, again and again, was - okay, yeah, maybe Nate Parker did what he did, and maybe he didn't; but there was one person I know 100% didn't do anything, and that was Colman. And he was being punished along with Nate Parker. And that didn't seem fair at all.

I decided that when I was seeing a movie with a problematic person in it, I would simply remove that problematic person's name from my consciousness altogether. So, American Beauty is now in my head "that movie with Thora Birch and Annette Benning", and The Usual Suspects is "that caper film with Gabriel Byrne in it". Annie Hall is "that 1970s Diane Keaton film". And this film, this is "that film Colman was so proud of."

I've even picked a stand-in pseudonym to use when I have to refer to the problematic person in discussion, kind of like how directors used to use the name "Alan Smithee" as their stand-in pseudonym when a film got re-cut against their wishes. In this case, I've been using the name "Sid Meniscus" for when I have to talk about "So, yeah, Sid Meniscus did great when Nat was in the preaching scene, but Colman is who really sold it" or whatever.

I take more or less the same view, but with the caveat that I do have to nope out on problematic artists who are sneaking their bullshit into the mainstream (like the scenes of teen boys showering in Victor Salva's Powder) or dramatizing a version of it to show that it is Very Normal, Actually (like Woody Allen in... half his stuff).
posted by DirtyOldTown at 10:49 AM on October 12, 2022 [4 favorites]

Oh yeah, if the material itself has ickiness in it I respond to that. But for The Usual Suspects, say, something that just has a problematic actor, I'd just discuss how well Sid played up his character's fake-out.

Armie Hammer is kind of a special case - another one the films he was in is my absolute hands-down favorite, but I was surprised to learn how many other films he'd been in prior to that - some of which I'd even seen - because he'd been such a forgettable non-entity everywhere else. ("He was in that J. Edgar Hoover movie with Leo DiCaprio? I saw that film and I don't even remember him!") So I was a little worried how I'd handle a rewatch after his issues broke the news....and it didn't really affect me on rewatch, because it was like he just plain didn't exist outside of the film. So I've ended up telling myself that his character was CGI or something.
posted by EmpressCallipygos at 11:03 AM on October 12, 2022 [2 favorites]

I think there is no one right way to deal with art by problematic creators, and of course viewers will react differently based on their own experiences. I like quite a few of Roman Polanski's films, and some of Woody Allen's too. BUT! 1) I'm not going to spend any money on their work while they are still alive, and 2) I'm not going to ask anyone else to watch their movies, especially if they are uncomfortable with the creators.* On the other hand, I will never watch another Johnny Depp movie (Donnie Brasco being the only possible exception I can think of), but I also never liked him that much to begin with, so it is easier for me. I also listen to a lot of rap, including old school gangster rap, and there's a lot of homophobia and violence against women in some of that stuff. I take most of that stuff song by song. There are a few Geto Boys tracks that I just deleted from my hard drive because they were too gruesome and hate-filled -- their anti-abortion track "The Unseen" is one of the worst things I've ever heard (don't look up the lyrics, it is just violent misogyny turned up to 11), and I've heard some ugly stuff. But I have more tolerance for somewhat similar material by someone like Tyler the Creator or Eminem, perhaps because it feels more "artful" and less just literally advocating violence. Still, I won't listen to the more problematic stuff unless I'm by myself, and even then sometimes I skip to the next track. It's... complicated.

*I have shown sequences of Polanski's Macbeth to students when teaching that play, just because I really like that adaptation and it has some important ideas that I think the students should see. However, I always preface the film by saying that Polanski is a sexual predator who raped a minor and should have been jailed but got away with it because of his fame. That can sometimes lead to a good discussion about the relationship between art and artist.
posted by Saxon Kane at 12:27 PM on October 12, 2022 [3 favorites]

I admit that one reason I'm pressing ahead with other films is because I'm working with a list someone else made up, to the point that I built a whole blog around it, and if I skipped out on a lot of them my blog would be kinda pointless. ....Although in many cases I'm watching quasi-pirated versions, so at least I'm not spending money?
posted by EmpressCallipygos at 12:31 PM on October 12, 2022 [1 favorite] 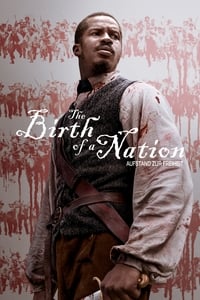