As the group’s paths diverge, Renaldo decides to investigate the death of slain pageant queen Karina, whose ghost continues to haunt him.


Úrsula helps the mayor prepare for a presidential debate. Andrés asks the Moon a favor and issues an ultimatum. Tati has important business meetings as her literary empire booms. Renaldo digs up a coffin, before having to relinquish the shovel to another pervert. Tico learns the fine art of dressmaking. This week's gig suffers as the Espookys gang focus on their own tasks.

Magnétique by La Bande-Son Imaginaire, this week's end credits song.
posted by the primroses were over (1 comment total)
Tico is not my favorite character, but I loved his little 'tico-tico-tico-tico' along with the sewing machine.

I love business Tati, and would like Los Espookys to produce Tati editions of classic horror novels.
posted by the primroses were over at 5:36 PM on October 13, 2022 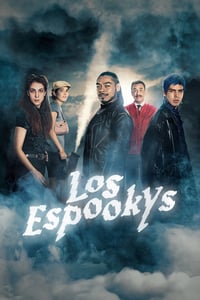