Jesse Walsh (Mark Patton) moves with his family into the home of the lone survivor from a series of attacks by dream-stalking monster Freddy Krueger (Robert Englund). There, Jesse is bedeviled by nightmares and inexplicably violent impulses. It turns out Freddy needs a host body to carry out his gruesome vendetta against the youth of Springwood, Ohio. While Freddy gains influence, Jesse and his girlfriend, Lisa (Kim Myers), race against the clock trying to figure out what's going on.

Directed by Jack Sholder (The Hidden). Written by David Chaskin (I, Madman).

Currently streaming in the US on HBO Max and Tubi. JustWatch listing.
posted by DirtyOldTown (3 comments total)
This was reviled at the time of its release because fans thought bringing the dream slasher into the waking world was a stupid idea. It's since become a curiosity/cult fave, because it is just so very, very, very gay. (See the follow-up FF post for a doc about this.)
posted by DirtyOldTown at 7:22 AM on October 24, 2022

Ha, I just watched this on Saturday evening. I hadn't seen it for 25+ years, and honestly, it was pretty fun. Light on real gore, moderate on gross-out (the Freddy tongue; funny, but also ugh), and blessedly short (87 minutes! the correct length for a movie!). It might not have Nancy, and the idea of Freddy inhabiting Jesse's waking body is pretty bad, but hey, it's only the first sequel. They could have done a whole lot worse.

Boy howdy! Mark Patton's off-camera scream at the end of the opening sequence (and what a scream it is) suggests ... well, I'm not entirely sure, but it suggests something, anyway. And then the boys wrestling on the softball field, Jesse's room-cleaning singing-dancing montage, the leather bar and subsequent bare-assed towel whipping; subtle, this movie is not. I can't wait to watch Scream, Queen!; thanks for pointing it out.
posted by uncleozzy at 8:58 AM on October 24, 2022

There's something about 70s and 80s horror and scifi where costume designers seem eager to use shiny black leather as a shorthand for menace (even if, in some films, that menace is mixed with allure). You see it here, in Hellraiser, in Mad Max 2, and even in Rocky Horror Picture Show, and some of the auteurs responsible are queer (yes, I know that internalized homophobia and internalized transphobia are both a thing). Basic Instinct continued the trend in the early 90s, but I'm hardly a scholar on the matter and that's all I can think of at the moment.

I feel like there's a lot that could be written about this, but for now I'll just note that it's a bit of a curiosity and that over time it turned into a cliché.

It's interesting that The Matrix and X-Men both used black leather for their protagonists at the end of the 90s--part of an effort towards reclamation, or it just looked cool? (In Singer's case, IIRC he said it definitely looked cooler than some of those costumes would have looked in the real world. And yes, I think Singer is problematic, much like his buddy who is also not an attempted rapist.)
posted by johnofjack at 2:22 PM on October 25, 2022 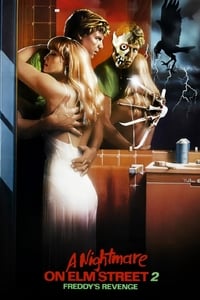