Sorry to mirror the description in the "Show Only" post exactly, but it seemed simplest to use the same IMDb summary (and omit the same portion).
posted by Strutter Cane - United Planets Stilt Patrol (14 comments total) 1 user marked this as a favorite
Wilf is so different from his novel counterpart at this point that noting any further differences seems redundant (maybe I should just start thinking of him as "Wolf"), but in the book he recalls his mother taking him to the cosplay zone in Cheapside as a child and I always had the impression that the London characters (other than Lowbeer and Clovis) had no direct experience of the jackpot.

Between describing Wilf as a "family pet" and eliminating his forbears in the stub, this Lev is not at all the dilettante klept scion of the novel. Testing pharmaceuticals on the population of a stub is a pretty good example of "third-worlding alternate continua" even if it pales in comparison to Vespasian.

His conversation with Dr. Nuland amounted to some truly blatant "as you know, Bob"-style exposition about the klept, the Metropolitan Police, and the Research Institute.

More "dumbing down" and "actioning up" in taking this:

"No comets crashing, nothing you could really call a nuclear war. Just everything else, tangled in the changing climate: droughts, water shortages, crop failures, honeybees gone like they almost were now, collapse of other keystone species, every last alpha predator gone, antibiotics doing even less than they already did, diseases that were never quite the big pandemic but big enough to be historic events in themselves. And all of it around people: how people were, how many of them there were, how they’d changed things just by being there."

And instead having monuments to a North American blackout, one specific pandemic, and (to really make things personal) a nuclear detonation in Flynne's backyard.

There was a slight hint of novel Ash and her mourning of what was lost in the jackpot when she said that Flynne had a moral right to know about it.

That "hacker battle" was laughable.

The encryption of Ash and Ossian's speech to one another seems to be inconsistently applied, though I shouldn't complain too much, Ossian at least got lines in this episode.

I wonder if Wilf simply being able to show up in Flynne's "home movie" means we won't be seeing him appear via Wheelie Boy.

Already mentioned in the "Show Only" post, but seriously, where is Lowbeer?
posted by Strutter Cane - United Planets Stilt Patrol at 11:01 PM on November 4, 2022 [5 favorites]

Do any book-readers recall if Bartle's taxonomy of player types ("achievers, killers, explorers", as show-Flynne says, missing out socialisers) is brought up in the books? It's been too long since I read them for my memory.
posted by entity447b at 12:01 AM on November 5, 2022 [1 favorite]

I'm fairly confident that it wasn't (I reread it for the third or fourth time before the premiere).
posted by Strutter Cane - United Planets Stilt Patrol at 12:12 AM on November 5, 2022 [1 favorite]

this Lev is not at all the dilettante klept scion of the novel Agree. Book Lev is not exactly benign, but he's not as monstrous as show Lev (Mrs. Fisher is going to relapse, isn't she? They say it's experimental.). Killing his own iterations is disturbing, and not something book Lev would have done. Wilf's going to have to decide between his own soft spot for friends, and Lowbeer's mission. I don't see this ending well for Lev, and I don't mind that at all in the show.

That "hacker battle" was laughable. Agreed, but I also thought that it did work in establishing team dynamics on both sides of it. Macon and Edward, Ash and Ossian--like the haptic recon crew. Makes me think of the phrase from Agency: the non-post-human touch. Gibson's better at action and tech and plot than human relationship, and I think the show is working to emphasize its importance. We pull together as a team because we care. Assassins can be bought, but shattering Pickett's glass? That's the personal touch. Care for one another seems significant. Shit-giving as a form of teamwork.

Dr. Nuland's ferocity is wonderful to watch. A big baddie with style. Is she contrary to the elliptical feel of the novel? Yes, absolutely. Is there too much of her? Again, yes. But I would happily watch a prequel about her corporate rise. That voice, that smile!

I know this show is about surveillance, but has anyone else noticed how open-eyed the actors are? Like I keep waiting for Burton to blink. (Columbians! Tactical Burton was not that stupid, right? Flynne ABSOLUTELY knows who DeeDee is! WTH!) Again, Conner is the heart and soul of ignoring the overwhelm and going tactically forward. BODIES!

Lowbeer must be up next, lest the house of toast fall. Does the introduction of Dominika mean that we'll see klept v. old klept in action? (Okay, the dance number was ridiculous, but I liked it anyhow. Layers to Wilf. Organic caring vs. compelled compliance, there it is again. Maybe I'm too sensitive to that dynamic, what with a global pandemic and all, but love-for-each-other-will-win-the-day is ringing a bit hollow for me.)

I liked the tension in this episode, and thought it was an improvement on Ep. 3. I hear the criticism of actioned up/dumbed down, but I'm still glad Gibson's concerns are reaching a wider audience.
posted by MonkeyToes at 10:03 AM on November 5, 2022

I'll keep watching. Of course I'll keep watching. But this is becoming more and more peripherally The Peripheral. All the nuance wiped clean and replaced by AmazonAction™. Maybe it'll help if I think of the show as a stub of chapter 2 or 3 of the book.
posted by kokaku at 10:15 AM on November 5, 2022 [9 favorites]

I just told my son to not read the book yet. This is best seen as a completely different story from the book. I keep waiting for it to match the book, and I don’t think it will, which is ok. I could watch Chloe Grace Moretz all day.

I can’t find Lowbeer on the IMDB cast list. I think Nuland is supposed to be the dark side version of her.
posted by lhauser at 9:38 PM on November 5, 2022

Despite being absent from IMDb, Alexandra Billings was cast as Inspector Lowbeer, so I do expect her to show up at some point.
posted by Strutter Cane - United Planets Stilt Patrol at 9:59 PM on November 5, 2022 [1 favorite]

I don't know if it was visible before and I just didn't notice it but I was pleased to see the Kissing Cranes poster in the background of Flynne's room.
posted by Candleman at 4:00 PM on November 7, 2022 [3 favorites]

I can't swear that it wasn't visible in earlier episodes, but one of the notes I took while watching this one is simply "Kissing Cranes poster" (to differentiate it from the t-shirt Flynne wore in an earlier episode).
posted by Strutter Cane - United Planets Stilt Patrol at 11:59 PM on November 7, 2022 [1 favorite]

This was a good episode, better than the last one. Not a whole lot happened as far as the greater plot was concerned but it gave the characters a bit more room to breathe.

I wonder if the memorial is personalized based on the person visiting to make it more impactful, so maybe Ash or Wilf provided data for someone from Clanton and this is what it showed. If Wilf had provided his own data then it would have been more London/UK-centric.
posted by any portmanteau in a storm at 12:47 PM on November 8, 2022

We finally watched this episode tonight. Somehow, my wife totally missed that the show is based on a book, and when I pointed out some little detail the show kinda, sorta, got close to the book on, she asked “There’s a book?” I answered in the affirmative, but I really hesitated to even suggest she read it, because it’s so far removed from the show that she’s been enjoying.

I have been enjoying the show but it's not great. And I can see it making the mistake that other TV shows make of trying to make the story bigger or more padded so they can get more episodes and keep everything going to sell more ads or subscriptions or whatever.

The book is terse and plot driven. The world building and plot all happen so fast, there's no chance to stop and think "wait, that doesn't make sense". And then it's over and you wish it wasn't because it was so short.

To be done right, faithfully to the books, the show probably could have covered everything in 4 episodes. It seems like it rushed through some things and is delaying others. I am losing optimism that it's going to do things right moving forward, as it will inevitably get further from the source, but I continue to watch with a faint hope.

Lowbeer is essential to the second book is she not? So I can't imagine she (or an analagous character) won't appear at some point.
posted by natteringnabob at 11:19 AM on November 11, 2022 [1 favorite] 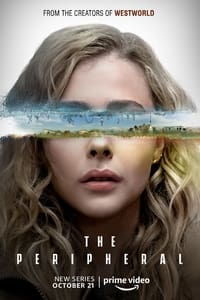