Irish Republican Army member Fergus forms an unexpected bond with Jody, a kidnapped British soldier in his custody, despite the warnings of fellow IRA members Jude and Maguire. Jody makes Fergus promise he'll visit his girlfriend, Dil, in London, and when Fergus flees to the city, he seeks her out. Hounded by his former IRA colleagues, he finds himself increasingly drawn to the enigmatic, and surprising, Dil.
posted by snofoam (7 comments total)
I just rewatched this a few days ago for the first time since seeing it in the theater when it came out. I am not sure what the critical and social consensus is around it today, and there is certainly a lot of stuff that is obviously problematic. But it is also a very captivating movie with some great performances that was, I think, in some ways, ahead of its time. Posted because of DirtyOldTown’s post, but also because after watching it, I noticed it wasn’t here on fanfare yet.
posted by snofoam at 5:16 PM on November 8, 2022 [2 favorites]

Ruined by all the buzz about a twist. The moment Dil came on the screen I said "oh that's a dude" so after the big reveal I was still looking for the surprising twist.

If you didn't know, now you can enjoy the movie holistically. You're welcome.
posted by whuppy at 7:59 AM on November 9, 2022

This was released back when Billy Crystal still hosted the Oscars, and did those songs that poked fun at each of the Best Picture nominees. Everyone with the film was on tenterhooks to see exactly what Crystal was going to sing about the film - how he was going to discuss the film without giving the reveal away. If memory serves, he sang about it thus:

"Those eyes, those thighs - SURPRISE! It's The Crying Gaaaaaaaaaaaame!"

...Sometime in the mid-90s I saw it was featured as a prime-time movie on one of the networks, and I watched long enough to see exactly how they were going to handle the big reveal scene.

I watched this movie in the last year or two and what struck me most is that the big "twist" actually happens pretty early on in the movie, it's not so much a "twist" as it is a plot device. I watched this and Neil Jordan's MONA LISA around the same time, and while I preferred MONA LISA, they are both great flicks. Neil Jordan clearly has a thing for beautiful, statuesque Black women.
posted by cakelite at 12:40 PM on November 9, 2022

What stuck to me about this movie was the acting. Forrest Whitaker has very little time to make a huge impression on you that has to last through the whole movie, and he succeeds. Stephen Rea and Jaye Davidson had great chemistry.
posted by acrasis at 3:23 PM on November 9, 2022 [2 favorites]

On rewatch, I was actually a little surprised how long the first act with Forest up in Ireland was. I think it was more than 30 minutes, but I had remembered it as being a short intro thing. I had also totally forgotten about the bartender, who was fantastic.
posted by snofoam at 4:32 PM on November 9, 2022 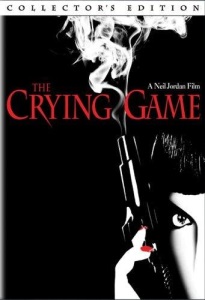