The captain experiences unexplainable flashbacks. A strange man follows Maura to her cabin where a boy is hiding. A bug leads to a tragedy on deck.


*Captain Eyk's tragic backstory reveal is that his wife burned their house down with herself and his daughters inside it.

*The Boy, lone survivor of the Prometheus, is not speaking. He has a triangle tattoo behind his ear - the same triangle pattern which appears on the letters Maura & Eyk received (and Clemente's earrings, and the Kerberos carpets, and Maura's necklace).

*The Spaniards are not brothers, the priest (Ramiro) is Angel's Portuguese servant, and they are lovers.

*The compasses have all gone screwy. The captain is ordered via telegram to sink the Prometheus, but he announces that they will reverse course and tow the ship back to Europe, since they don't have enough coal to tow it to America. Later, the telegram machine starts transmitting all triangles.

*The stowaway, Jerome, sneaks into the French couple's room, and leaves a medal on their desk. Later, he is confronted & knocked out by crewman Franz for being a stowaway.

*Daniel, the mystery beetle charmer, has a photograph of Maura in his pocket. Ada follows a beetle up from steerage up to Daniel on the deck. He tells her he's so sorry, and at the end of the episode she turns up dead on the deck.

*Somewhere (somewhen?), a wall of video screens showing Eyk and others is being watched.

Vulture Recap: Sink Ship - "“The Boy” opens much like the premiere episode except we’re moving on from Maura’s point of view and stepping into Eyk’s. Is anyone else getting major Lost vibes from this type of episode framework? It’s not just because each episode seems to focus on a different character in a large ensemble but also because that focus is signaled with a close-up on that person’s eyes as they open. That’s way too close to not be an intentional Lost homage, right? We find Eyk not in the middle of the Atlantic but in the woods. He’s very confused as to how he got there. He’s even more confused when he hears a little girl singing and recognizes it as his daughter, Nina. He comes upon his house in Germany when he sees his daughter and wife standing in the window and, suddenly, the house goes up in flames. He screams. Someone, who sounds an awful lot like Maura, whispers, “Wake up,” and when Eyk opens his eyes, he’s in bed on the Kerberos."
posted by oh yeah! (7 comments total)
I am having the worst writer's block lately. I was hoping this show would bounce me out of it a bit, but, it's rough going. I watched this episode yesterday evening, but it took me til this morning to get a post up. Thank goodness Vulture is recapping (though I had to go into incognito mode to get past the paywall to read it). I don't know if I'm going to do episode 3 yet, but I won't have a chance to watch it until this evening, so, if someone else wants to post it, feel free.

I found myself wondering if mystery-man-Daniel is an adult version of The Boy, since they look kind of similar and seemed to be trading significant looks. I don't really think they are -- seems unlikely that the 'Dark' creators are going back to the time travel well for this show. But, I did think it.
posted by oh yeah! at 6:53 AM on November 19 [2 favorites]

I definitely got the impression that Daniel is the grown-up version of the Boy, and there are several other indications of some timey-wimey stuff going on (the Prometheus looks an awful lot like a rebadged and aged-up Kerberos, for one thing).

The LCD screens at the end were the most left-field elements of this episode to me. The close-ups made it clear that they're modern day technology. Is Daniel from the present day, or later? Are they all in some kind of simulation or something?
posted by whir at 9:07 PM on November 19 [1 favorite]

I figured out how to watch this so the whole thing wasn't dubbed. The variety of languages with sub-titles definitely improved the experience for me. But there are still a few things that leave me scratching my head, like Maura asking about the symbol on her envelope as though that's the only place she's seen it when it's also the pattern on the carpet and nearly everywhere else.

I also had the thought that Daniel is an older version of The Boy. I like the idea that the Prometheus is actually the Kerberos, too, but I think it's also plausible that they are sister ships or something like that.

I am not sure if we're supposed to understand or think that other things happen when the away team boarded the Prometheus or if it was just that it was abandoned and creepy.
posted by synecdoche at 3:56 AM on November 20

I'm loving this show, and enjoying reading along with the posts so far. I am equally baffled about how Maura has not noticed the pattern on the carpet. I'm also wondering which ship the 'sink ship' message is meant to refer to. About to go into the third episode where hopefully all will be revealed...
posted by orbific at 11:27 AM on November 20 [2 favorites]

My current theory is that they are all dead.

I am absolutely sure it is incorrect, but it's fun to have a theory.
posted by kyrademon at 11:52 AM on November 20

No really, I have no idea.

I am watching with subtitles so I'm not sure if it's made clear in the dubbed version but the Asian women are speaking Cantonese and only pretending to be Japanese.

I did wonder if there was any coal left on the abandoned ship and why didn't they transport it to the new ship so they could tow it and continue on their journey to NYC? Win-win!
posted by TWinbrook8 at 10:49 PM on November 21 [1 favorite]

This is a very strange show, not much to say about it yet but I'm enjoying the confusion.

Moira and the Captain both got letters containing the newspaper report about the Prometheus. I wonder who else did!

If you watch the beetle close-ups, they seem robotic (not just CGI) -- they make precise right-hand turns sometimes or rotate in place.

Just like Lost it's really tempting to think the characters are all in some kind of purgatory... I hope it's not that simple and I hope we get answers before 6 seasons go by.

I can't believe they made a fully dubbed version. It seems like half the creepy atmosphere of the show comes from the characters not being able to understand each other, and talking over each other rather than really interacting. And note that at least for me, Netflix defaulted to the dubbed version. I feel like most of the audience is going to really miss the point there.
posted by mmoncur at 5:12 AM on November 22 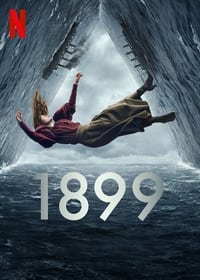