[TRAILER] When the evil Skeletor (Frank Langella) finds a mysterious power called the Cosmic Key, he becomes nearly invincible. However, courageous warrior He-Man (Dolph Lundgren) locates inventor Gwildor (Billy Barty), who created the Key and has another version of it. During a battle, one of the Keys is transported to Earth, where it is found by teenagers Julie (Courteney Cox) and Kevin (Robert Duncan McNeill). Now both He-Man and Skeletor's forces arrive on Earth searching for the potent weapon.

Directed by Gary Goddard. Written by David Odell, based on the Mattel toy line of the same name.

22% fresh on Rotten Tomatoes. Currently streaming in the US on HBO Max. JustWatch listing.

Goddard was named in several of the same allegations as director Bryan Singer when the latter was exposed as a sexual predator during the #metto movement. (source)

Today, I'm posting a half dozen 80's fantasy films that were on repeat on cable back in the day.
posted by DirtyOldTown (9 comments total) 1 user marked this as a favorite
If this movie and Superman IV hadn't run so over budget and flopped so hard, we'd have never gotten the run of Albert Pyun pictures that followed. At least that's how Pyun tells it:

There was a whole other thing going on with Cannon when I was there, where they were using junk bonds to finance films. They had gotten one of the first home video deals, where they basically presold the home video... Home video companies would basically say, "Give us your next 50 films, and we'll give you this much money." And then it came a point where they took the money they got and spent it on like Superman IV — the larger budget movies — and then they'd go, "Oh God, we don't have enough money to fulfill our agreement. We spent the money we got for 50 films on five films, and now we don't have enough to do the other 45."

And that's when they would turn to me, and say "Well, we have to deliver all these movies. Can you shoot all these movies for no money, and go shoot it in all these far-flung places where we have money trapped that can't get out of the country?" It was wild that way. (source)

"Well, we have to deliver all these movies. Can you shoot all these movies for no money, and go shoot it in all these far-flung places where we have money trapped that can't get out of the country?"

That sounds like an interesting situation. There are a couple of documentaries about Cannon Films that I might take a look at this weekend.
posted by Halloween Jack at 6:34 AM on November 23 [1 favorite]

As a kid, it took me a long time to come to the idea that some movies were just not very good. This was one of the first to move the needle for me. I felt personally hurt by it in some way I couldn't name because the concept of the defensive fan geek was not yet codified. (Plus I was really upset by the kids' parents dying. Weird choice for an Earth-free story that was going to have a lot of little ones watching.)
posted by Countess Elena at 9:35 AM on November 23

It's extremely bizarre that this features Tom Paris and Monica Geller fighting a magic skeleton man
posted by Just this guy, y'know at 4:24 PM on November 23

At least Frank Langella appears to have marvelous time as Skeletor in this film. Was very confusing for a young schnitzengruben because I thought I knew these characters, and they're all completely different in the film.
posted by fifteen schnitzengruben is my limit at 7:30 PM on November 23 [1 favorite]

It's a perfectly serviceable cheap 80s sci-fi film, but Frank Langella's sheer gusto really puts it over the top. To this day, he says that Skeletor is one of his favorite roles.
posted by MrBadExample at 9:13 PM on November 23 [1 favorite]

It's got to be right up there with Nixon and Dr Gerald Bull as his villain roles go.
posted by Molesome at 1:37 AM on November 24

He had a real life villain role on Mike Flanagan's House of Usher shoot, where he was fired for violating plans made with an actress and an intimacy coordinator for a love scene, groping the woman in a way that was not approved. He had complained during the planning meeting that he should be allowed to "improvise" so it wasn't accidental.
posted by DirtyOldTown at 6:03 AM on November 24 [1 favorite]

Oh man, I had such a low threshold for live-action scares when I was a kid, and Skeletor’s weird rubbery face just exceeded my limit. Which my parents thought was hilarious, since the He-Man cartoons were must watch TV for me at the time.
posted by The Pluto Gangsta at 4:40 PM on November 24 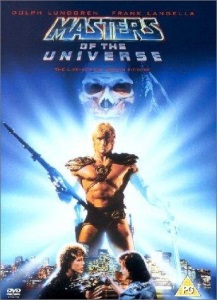