Tim's bicycle courier friend Tyres (Michael Smiley) pops round the gaff to collect money Tim owes him, and decides to take the gang clubbing. Brian is forced to face one of this fears: being alone with Marsha, or clubbing. Clubbing it is, then. Mike is thrown out of the 'Rough Ramblers' but finds a new outlet for expression in rave culture (cue "The A-Team" remix). And Tim and Daisy reach a new understanding: it's alright to snap at each other. Well, good, then. Tim gets hit in the head with a stick.


Michael Smiley is a great piece of casting as the intense 'Tyres'. Turns out, Smiley shared a flat in the '90s with Simon Pegg and Nick Frost (citation).

Smiley has said of his comedy friends and colleagues:

“Simon cries a lot and Nick’s bowel movements leave a lot to be desired.”

Then, serious for a moment he says: “They pretty much gather people around them who they love working with so it’s like a family feeling. I’d never acted before. I’d been on stage doing stand-up, but never done any acting. When you turn up and know everyone on set it makes it a bit easier.” (Welcome to the bonkers world of Michael Smiley, Echo News, 24/06/ 2011)

Also, this final thought from the same website, Fried Gold:

This is just great stuff isn't it? Can anyone think of a better incidental character in a TV sit-com than Tyres? Every bit of the character, from his flying visit to the flat to his departure at the club, is a joy to watch; he's a smorgasbord of every cliché of every serial clubber there ever was, this is man who looks like he never sleeps. The lack of any drug references in the episode is quite interesting, see 'Ooh Mamma' above, while the direction in 'Epiphanies' gives a better feeling of the heat and intensity of a nightclub than I have ever seen before on television.

Just how old is Brian? The opening scene of the episode indicates that Brian is out clubbing in 1983, given that the transmission of the first series of Spaced occured in the winter of 1998-1999 we must assume that Brian is at least 30. This puts him on the edge of Tim and Diasy's generation (as far as they are concerned).

The club names for each of the characters are 'Timothy B', 'Mike Le Watt', 'Twist O'Lemon', 'Happy Diaz', 'Wilfred Bramble' and 'Brian Can't'.

Quotes
posted by joseph conrad is fully awesome (10 comments total)
I was busy being a goth and dancing in dive bars to The Cure and smoking grass when I was late teens/early 20s, and my peers who went to raves and took Es and waved glow sticks were a different tribe. Nothing has ever made me regret avoiding the club scene as much as this episode. Also Tyres is the best thing evar!
posted by billiebee at 1:39 PM on March 8, 2015 [1 favorite]

Lack of drug references? Why did he think Tyres had such bad mood swings?
posted by eyeofthetiger at 5:05 PM on March 8, 2015

Nothing has ever made me regret avoiding the club scene as much as this episode.

I know the feeling! This episode made me want to go dancing like nothing else. I never really raved, but I had a decent track record of getting asked for drugs at shows (though I never had any to use in the first place), and I have some wicked oldschool hardcore compilations (Sesame's Treet, anyone?), that make me nostalgic for places I've never been and experiences I've never had.
posted by filthy light thief at 5:53 PM on March 8, 2015 [4 favorites]

Captured the inclusivity and lack of pretension of the early rave scene better than almost anything else.

We don't see them taking e but they're obviously all on it, right?
posted by joseph conrad is fully awesome at 9:05 PM on March 8, 2015

Oh, I love Tyres/Michael Smiley! He pops up in Shaun of the Dead as well, in his biking gear, outside the Winchester. And as Reverend Green in World's End. And if you've watched Black Mirror, he pops up in White Bear and he's absolutely amazing.

I wish I had a rip of that A-Team remix for like cleaning the house and getting ready for work.
posted by mochapickle at 10:02 PM on March 8, 2015 [1 favorite]

Here's a Spaced fan-site with MP3 clips, should you want to hear the official track snippet and fan reworkings. The site is pretty old, so the MP3s are very low quality, and there's also Real Audio options.

YouTube turns up some results for A-team remixes, but I can't listen to them now to compare them with Guy Pratt's remix. If none of those work, I can whip up a hasty rip (and maybe a clean loop) of the remix in the episode.
posted by filthy light thief at 7:19 AM on March 9, 2015 [1 favorite]

Yeah they're pretty clearly on E throughout (notice that they also only drink water at the club, very responsible!) which I didn't realise first time watching this episode.

This is just a massively fun episode which captures a moment in UK culture that has kind of gone now, and to be honest I never really experienced (my adventures in clubbing were mostly depressing and dull. And full of goddamn cheese music.), and kind of really want to whenever I watch this episode. I assume they avoid explicitly taking e to avoid controversy, although they are less shy about cannabis in the next season.
posted by Cannon Fodder at 1:05 AM on March 10, 2015 [1 favorite]

they are less shy about cannabis in the next season. 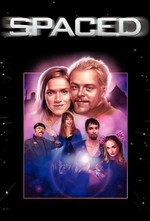