A 44-year-old man is pressured to rebrand himself when his ad agency hires young creative directors. Missing Mad Men? Get your insane advertising professionals here. IMDB


AV Club:
Still, when “Starring Samuel Beckett, Albert Camus And Alois Alzheimer” isn’t peddling caricatures like Payne’s young, European advertising overlords Gottfrid and Gustaf, or using animation to create a lewd interaction between Payne and a Keebler elf for no other reason than to (once again) shock the viewer, the show does present a family drama with some promise. Most of that promise comes down to the fine work by the cast, with Coogan and Hahn in particular displaying a natural chemistry that, with any luck, will promote an emotional center necessary to counterbalance the show’s more angst-ridden, cynical tendencies. That chemistry is best displayed early on, as Thom and Lee celebrate his 44th birthday with their friends and children. After blowing out the candles and talking about how old 44 seems to a kid, the adults retreat to the kitchen to tidy up and lament the fact that their kids are the worst. They worry about their children growing up to be “assholes or pussys,” and while the vulgarity here feels forced, there’s a sentiment there about the unpredictability of raising children that remains intact.
posted by bleep (4 comments total)
Well, it's nice to see a White answer to "Black-ish".
posted by oneswellfoop at 8:17 PM on May 19, 2015

I came home to find my cat watching this Easter night. I only saw about the last half. It, in all seriousness, was the most depressing thing I had ever seen, like if Grave of the Fireflies was reincarnated as a sitcom with a shitload of f-bombs in it. Who is the audience for this? I honestly have no idea.
posted by kittens for breakfast at 3:52 PM on May 21, 2015 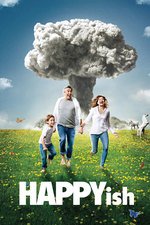