After receiving some seriously sub-par medical care for wounds sustained in a car accident outside the eerily bucolic Idaho town Wayward Pines, Secret Service Agent Ethan Burke (Matt Dillon) pairs up with resident Beverly Short (Juliette Lewis) to figure out why it's so darn hard to leave.


Previously on Wayward Pines: While on assignment to locate some colleagues who've gone missing in Idaho, Seattle-based federal agent Ethan Burke is injured in a car accident outside Wayward Pines. He comes to in a mysteriously empty hospital, under the care of the supernaturally chipper Nurse Pam (Melissa Leo). Absent his phone and wallet, Pam informs Ethan that his personal effects are being held at the local sheriff's office. Sheriff Pope (Terrence Howard), however, claims ignorance of the items, and is curiously nonchalant about Ethan's plight, more absorbed in enjoying his ice-cream cone than in assisting a federal agent in distress.

Ethan's attempts to get his bearings (and find his phone) in the quaint, oddly restrained town are rebuffed at every turn. Meanwhile, back in Seattle, his wife Theresa (Shannyn Sossamon) doesn't seem to be receiving the many voicemail messages he's leaving for her...

Matters become complicated when Ethan discovers one of the agents he's looking for has come to a bad end, and the other -- his former partner and lover Kate Hewson (Carla Gugino) -- has gotten married and settled down... and appears several years older than Ethan remembers, to boot.

Wayward Pines is a 10-episode series based on the mystery/thriller novel Pines by author Blake Crouch.
posted by trunk muffins (13 comments total)
Is episode 2 better than the first one?
posted by Ik ben afgesneden at 7:40 PM on May 21, 2015

A bit of a clunker last night. Much of the ep was heavy with exposition, and they laid on the Stepford Wives action with a trowel. I know they don't want to save the reveal for the end of the show, but it seems like they're worried about losing viewers who don't want to have to think too hard (or who might bail after one too many inexplicable story notes -- looking at you, polar bear from Lost), and welp.

Last night's conclusion was a doozy though, for network TV. Game of Thrones has upped the ante for television drama.
posted by trunk muffins at 3:30 PM on May 22, 2015 [1 favorite]

Game of Thrones has upped the ante for television drama.

In what way? Excessive violence or graphic sex? I skipped this episode after watching the first episode.
posted by Thorzdad at 5:05 AM on May 23, 2015

The sheriff kills the waitress because she talked about her past. He mildly cut her throat while the townspeople cheered. Hardly GoT-worthy material. It would be great if more shows could rise to GoT's level.

The overwhelming appeal for GoT speaks to how many people are fucking tired of the bland, insipid, poorly-written shows that dominate the TV landscape. I'm saddened over the shit that HBO and GRRM have had to deal with from a vocal minority. Puritans gonna puritan, I guess.
posted by Ik ben afgesneden at 11:35 AM on May 23, 2015

Bleah. I hate bland, insipid TV, but I also hate explicit violence when it's used cheaply. The throat-cut in this episode was completely unnecessary.

In Pines, Beverly is killed by a mob with baseball bats while Ethan watches helplessly from a window as the crowd descends. The emphasis is on how small and frightened Beverly seems from that vantage and gives Ethan a little more time to react to that. It's perfectly terrifying as it was written and felt a lot like Shirley Jackson's The Lottery, which was also not explicitly violent and yet scares the bejeesus out of me.

The series is doing a few things better than the books did, IMO. Nurse Pam is fantastic in both -- in the book, I'd pictured a Laura Linney type but Melissa Leo is perfect.

Hey mochapickle, yeah I have read the first two and think they are doing a decent job adapting the story to the small screen. I would agree that Beverly's death really looses it's punch/meaning as shown on the show vs the book...there it really gave the whole town a more creepy vibe since they were "all" complicit in her death vs. just being observers.

I do wonder just how much they are going to cover in the season/series vs. the books. The first two episodes pretty much got a good halfway though the first book....I would guess they are just going to stretch it out some more to end basically where the first book ended? I also wonder if they are keeping the same ending/twist or if they are going to change it up somehow to keep even the readers a bit in the dark?
posted by Captain_Science at 7:48 AM on May 28, 2015

there it really gave the whole town a more creepy vibe since they were "all" complicit in her death vs. just being observers.

I just finished reading the second and third books this week and I'm curious to see how it'll all play out, or how much of it will play out, even. I checked the plot synopsis info from the press kit and it all seems to be there, but perhaps in a shuffled order.

The books are strange... They're like 90% dialogue. Things move really quickly. There are several key visuals I'm really not sure how those will translate. (I will say no more.)
posted by mochapickle at 8:28 AM on May 28, 2015

I've read all three books and liked them a lot.

Kind of curious why they removed the Mardi Gras feel from the mob. It seems like that would have gone a long way toward establishing the culture of the town, maybe in a more elegant way than the wall plaques and exposition etc.
posted by trunk muffins at 8:44 AM on May 28, 2015

Tuning in late. Overall finding it compelling. DH thought it might be a remake or spin on The Prisoner. Some things seem a little forced, but I'm okay and curious just what the hell is going on in the town.
posted by [insert clever name here] at 8:15 PM on July 4, 2015

But also, trying to understand how people can talk about their past and be fine one minute, or talk about being recorded, but don't have any punishment; then the scared mom lets it slip about her daughter and she's murdered.
posted by [insert clever name here] at 8:17 PM on July 4, 2015 [1 favorite]

I watched the first two episodes of this last night and really enjoyed it, though the main character could use a little more... character. So far he seems a little Generic Secret Agent with Trauma and A Family to me.

Nurse Pam is amazing. I really enjoy the super-heightened tropes of Evil Nurse and Bored Receptionist and Smoothly Psychotic Sheriff butting up against relatively normal people.

I also liked how everything was kind of low-key terrifying but in inexplicable ways - a fake cricket noise here, a disturbing wall plaque of rules here - and then all of a sudden, BAM, massive electrified Jurassic Park fence!

Having not read the books, I found the final scene to be very effective. It didn't bother me that the town didn't participate, because that allowed the camera time to linger on people's faces as they stood and watched the execution play out, and I really liked the variety of expressions you see. Clearly some people are way into this, some of them quietly approve or quietly disapprove, some of them are sick to their stomachs about it. I almost wish I didn't know it was different in the books, because a version where they all participate also sounds awesome, but as a show-only type I had no issue with it.

They're a quick read. I liked the books in general and it's fun to compare how the miniseries worked vs. the original.
posted by mochapickle at 12:29 PM on May 24, 2016 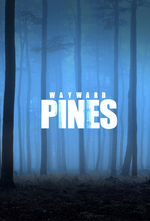