The Hooli lawsuit finally heads to arbitration after Bighead hands Richard a Nucleus beta phone that is barely functioning. Gilfoyle, Dinesh, and Jared discuss their culpability in some unfortunate developments with the Pied Piper condor egg livestream.


Intentionally or not, some Nucleus team members leave a Nucleus phone with Bighead, who invites Richard to his boat to help give him a win. Richard and his lawyer try to use the Nucleus phone, which would devastate Nucleus and potentially Hooli in the hands of a tech journalist, as a bargaining chip in Hooli's suit against Pied Piper, and Gavin and his team of lawyers agree to to accelerate the legal proceedings with binding arbitration, which will conclude the suit within a week, one way or another.

The allegations against Pied Piper boil down to whether or not Pied Piper was developed at Hooli, which Richard knows it was not. That is, until his no-longer-legally-an-attorney attorney discovers in the discovery files a series of emails from Richard to Bighead suggesting that 1) Richard's laptop was in the shop for 3 days, and 2) during those 3 days, Richard tested his algorithm successfully, almost certainly on a Hooli computer. Luckily for Richard, Richard refers to his laptop as his "girlfriend," so it is unlikely that Hooli's legal team will have made the same discovery.

In fact, Gavin and his legal team have virtually no evidence, and their entire case consists of Bighead's meteoric rise at Hooli as indicative of his skills as a programmer, and his central role in the development of Pied Piper on Hooli time. While Richard's (not legally an) attorney realizes that this is weak line of argument and that Hooli has nothing substantive on Richard, the judge is receptive to Bighead's lack of ego. To combat the positive impression Bighead and Hooli have left on the judge, Richard's legal counsel calls an excited Erlich to the stand to show that the same logic that applies to inferring Bighead's skills based on his promotions and lack of ego also apply to Erlich's assessment of Bighead. Richard's attorney goes to great lengths to show that Erlich consistently invests in terrible app ideas, and that his initial disinterest in Pied Piper shows that his interest in Bighead's nipple app is indicative, instead, in Bighead's lack of skill. Erlich is so frustrated by his (lack of) credibility being on trial, even if it is to the detriment of Hooli's case, that he inadvertently reveals that Bighead's app put Richard's laptop out of commission for three days.

With the cat out of the box, so to speak, Erlich tries to convince Richard to lie about where he tested his algorithm when his laptop was in the shop. But Richard is tired of pretending to be someone he isn't, so he admits to testing Pied Piper on a Hooli computer on the stand. Erlich makes a Hail Mary by trying to convince the judge that Richard is lying, and that the "girlfriend" mentioned in the emails is not Richard's laptop, but rather Erlich himself. No one seems to buy it.

Meanwhile, back at the Incubator, Jared is worried about the still-unhatched egg in the condor nest on the still very high-quality Pied Piper livestream. Gilfoyle and Dinesh invoke the Schrödinger's cat thought experiment, trying to convince Jared that if he alerts the museum to the state of the condor egg, then Jared himself may ultimately be responsible for killing the baby condor. Ultimately, Jared rejects this line of reasoning ("By that logic, anyone who goes to an open-casket funeral is a murderer!") and makes the call, which prompts a museum employee to take down the camera. However, extracting the camera is more difficult than the employee expected, and both the employee and the camera plummet down the ravine on the livestream.
posted by joan cusack the second (15 comments total) 3 users marked this as a favorite
I liked that the not-attorney, though a man whose life is clearly in ruins, is actually pretty competent and not just a bungling Barry Zuckercorn type.
posted by Pope Guilty at 11:46 AM on June 8, 2015 [13 favorites]

So I went to the movies and saw Spy over the weekend. When the actor who plays Jared pops up in an very un-Jared role, I could help but laugh (and I was the only one in the audience to react at all). So what happens in this episode? Jared winds up killing/causing grievous injury to the guy whose job it is to remove the camera from the nesting site, and in that act, he proves himself more successful than his movie counterpart. No matter what the medium, poor Jared just can't catch a break.

Beyond that ramble, I just wanted to say it was a good, strong episode. Like Pope Guilty said, it was nice to see the litigator was actually competent (or mostly competent). He pushed Erlich a smidge too hard, but I guess he wasn't expecting Erlich to let the cat out of the bag (or should that be box?).

I absolutely loved Big Head's boat. Of course he has a boat, and of course he never leaves the dock. It's perfect, especially in opposition to Pied Piper's McLaren driving investor.

I'm really not looking forward to the end of the season. There is so little on right now that has got my attention, and I could usually look forward to watching this as a nice pick-me-up.
posted by sardonyx at 1:08 PM on June 8, 2015 [1 favorite]

Something I really love about this show that was so unexpected is the near-Arrested-Development level of attention to small threads in the narrative that become integral to the plot. They play this so well, so that jokes that seem to happen one time only (like EndFrame stealing the "middle-out" concept and Richard just handing it to them) come back so prominently and effectively (EndFrame coming back as a major competitor).

And I love how it seems like this condor cam, which seemed like an end-of-episode-6 joke about their failure to claim the Homicide stunt for their livestream, came back last episode as a small window open on Richard's computer (as mentioned here by drezdn), and again here with the Schrödinger's cat joke. And now (SPOILERS from the preview for next week's episode) it looks like it's going to play a major role in the finale. I find details like this incredibly satisfying, and it makes me want to re-watch the episodes to see if I've missed anything.
posted by joan cusack the second at 1:58 PM on June 8, 2015 [6 favorites]

I dunno, to me it seems like the more the show gets caught up in the bizarre particulars of its twisty winding plot the less time it has for what drew me to it in the first place: scathing satire of Silicon Valley. Bighead's nouveau rich idiocy is all we have left of that in this episode. I miss that part of the show.
posted by mediareport at 3:18 PM on June 8, 2015 [3 favorites]

Erlich was really on point this episode, especially his attempt to convince us he was Richard's girlfriend.
posted by drezdn at 5:06 PM on June 8, 2015 [4 favorites]

I did like that Richard decided not to lie. He's exactly right that if he lied, he'd be just like all the people he hates in Silicon Valley.
posted by ob1quixote at 5:28 PM on June 8, 2015 [3 favorites]

I did like that Richard decided not to lie. He's exactly right that if he lied, he'd be just like all the people he hates in Silicon Valley.

Me too! And that's why I think the arbitrator will rule in Pied Piper's favor, given his remarks after Big Head's testimony.
posted by noneuclidean at 6:40 PM on June 8, 2015

One detail I've noticed is that Gilfoyle always has the same windows open on his desktop whenever we see it. One of them in the background looks like a Jenkins job report.
posted by invitapriore at 6:44 PM on June 8, 2015

I think the condor guy is not dead, and the guy's rescue is going to be a livecast extravaganza that has some positive effect for PP and maybe get some digs in against the wider pop-culture internet video universe. Maybe some initial signals for next season.

I have to give a shout-out to this episode for slipping in both Hitler, shit-eating, and AIDS jokes!

Erlich was really on point this episode, especially his attempt to convince us he was Richard's girlfriend.

The show seems much funnier this season with at least one proper lol moment an ep.... as in this case. It was never not funny (esp any scene with Matt Ross's Gavin Belson) but seemed more gentle amusement rather than full on belly laughs.
posted by fearfulsymmetry at 1:41 AM on June 9, 2015

I did like that Richard decided not to lie. He's exactly right that if he lied, he'd be just like all the people he hates in Silicon Valley.

I dunno, I kind of liked where it was going with the White Hat/Black Hat plot recently, where it looked like it would take a (comic, ineffectual) Breaking Bad turn and admit that to be successful in Silicon Valley you have to give in at least somewhat to your dark side. That seems in keeping with the Judge ethos.

And I refuse to believe that Jared had never heard of Schrödinger's cat; fun use of the idea, but way too much setup.
posted by psoas at 10:25 AM on June 9, 2015 [2 favorites]

I agree with rhizome's comment above that the livestream of the Condor guy's rescue is probably going to go viral and become Pied Piper's Ace in the Hole moment. It will give momentum both to Pied Piper in-show and to the script, by putting in place new situations for the start of Season 3.

I'm really enjoying this series. When it started, I feared it would devolve into some kind of Big Bang Theory tech minstrel show. But no; despite some rough spots, it continues to hit the right spots, and the characters, caricatures as they are, act like caricatures of real people.
posted by kandinski at 1:38 AM on June 10, 2015 [1 favorite]

And I refuse to believe that Jared had never heard of Schrödinger's cat; fun use of the idea, but way too much setup.
posted by psoas at 1:25 PM on June 9 [1 favorite +] [!]

I dunno Jared's a weird guy, who definitely had a traumatic childhood. (scroll down to who we are). 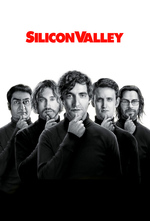