Julius Robinson had killed for revenge before, and so when his sister was brutally murdered in her sleep last year, he says he planned to "get" the killer. He felt like his family expected him to get revenge, because that's what he'd always done, both in and out of prison. But when he learned that the killer was actually his 17-year-old nephew, he struggled against his family's expectations and his own.<
posted by Gin and Broadband (3 comments total) 2 users marked this as a favorite
Well, this was a regular ball of laughs.
posted by Gin and Broadband at 12:22 PM on June 8, 2015

This show does have a tendency to get grim. Which obviously is why I love it.
posted by Potomac Avenue at 5:33 PM on June 8, 2015

It's my favorite crime podcast, and one of my favorite podcasts.
posted by maxsparber at 8:07 AM on June 9, 2015 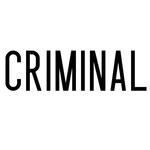