Vet and Dutch grow closer on a mission to make sure neighbourhood buildings are clear. Meanwhile, Eph and Nora perform experiments on their new patients; and Kelly begins her search for Zack.

"There are several slow-motion killings within this scene — heads roll! — and perhaps the show’s first strigoi-cam. I can’t recall another time that we as viewers could see through the eyes of the attacking and wounded creatures, and it’s plenty affecting. It’s a solid example of what this drama can do well, if intermittently, which is to ruin my night’s sleep. Thanks for that! The sequence ends with a blast of silver-filled grenades. Sizzling ensues.

"Side note on the Fet and Dutch adventure: It ended with a skinny dip and a makeout session, so apologies for the inadvertent spoiler in last week’s recap. Who can keep a clear head when a manly exterminator drops trou? Not me, folks."

"It’s a solution that doesn’t come to them easily though, and for what it’s worth, The Strain finds a great deal of tension and emotion in Eph and Nora’s continued 'mad scientist experiments,' as Fet puts it. While watching Eph take a swig of alcohol before going into the operating room to work on his infected patients is old news at this point, the actual tests he runs make for some of the show’s most poignant and stirring moments. The husband and wife who are infected know that it’s the right thing to do to agree to be lab rats, but there’s still great pain in that decision. That pain is exacerbated when the wife starts convulsing, the disease inside her turning violent, leading her husband to beg Eph to kill them both. Eph won’t do it though, and his reluctance leads to the episode’s best bit of direction. As Eph straps the husband to the table (against his will), the camera zooms out, creating distance between the camera and Eph’s experiments. The shot embodies coldness, a sense of distance, implicating the audience in Eph’s perhaps drastic and immoral actions. It’s as if we’re backing out of the room. We’re turning a blind eye to Eph’s decision because we know it needs to be done, no matter how horrible it is. It’s the kind of stunning but simple visual that The Strain pulls out from time to time, adding weight to the thematic work on display."

posted by joseph conrad is fully awesome (10 comments total)
Ah, so this one did address my "so is society collapsing or what?" issue from last week. (And I suspect the whole "so where are all the soldiers then" thing is more Stoneheart Group string-pulling.)

I continue to like the Setrakian flashbacks; and now they have Palmer weaved into that too.

When one is doomed to become a monster, does that mean it’s ok to treat them as one? Eph clearly believes so, and his utter lack of sympathy and redeeming qualities is emerging as one of this season’s most fascinating elements.

I'm not sure I'd go quite that far -- Eph's still cardboardy and the show's "his drinking problem makes him interesting" tacl isn't working for me -- but I do like the "to beat the monsters you must become a monster" direction this is taking. Even Abe is disturbed by what Eph and Nora are doing.
posted by We had a deal, Kyle at 9:06 AM on July 21, 2015 [1 favorite]

(from the Collider link on the Feelers: "the hideous little bastards could be the show’s crowning achievement.")
posted by joseph conrad is fully awesome at 9:09 AM on July 21, 2015

It strikes me that the Master has probably specifically attacked other researchers who are attempting cures and studying the vamps. That was a good little detail to throw into this episode.
posted by Catblack at 9:49 AM on July 21, 2015 [1 favorite]

No one's commenting about the back-frontal - I mean the full back nude - so here we go: we see Fett's 1) shoulders 2) back 3) legs. Oh and the butt, I guess. I assume a body double. It was pretty hilarious how Fett didn't shy away from a full-frontal slow walk into the water towards Dutch. (Also: who would go into that murky pool? I mean, you can imagine some thread-like wormies swimming around in there.)

Have we gotten nudity in this series before? I think there was a sex scene between Eph and his ex but I don't really recall.

Also thought the bathroom scene, while delivering some great gore (and perhaps necessary slo-mo gore, to keep from getting cancelled) wasn't believable in the world they'd created: surely some wormy splatter would get on one of the characters and infect them. I mean, I want _some_ consistency on how easily characters get infected, they're playing fast and loose with it at the moment.

Finally, David Bradley is still the outstanding performance of this show, he's able to transform ho-hum material into gold and provides the show with some gravitas.
posted by joseph conrad is fully awesome at 5:56 PM on July 21, 2015 [2 favorites]

Wasn't that how Sam Gamgee got infected in S1?

(The show's inconsistent on this even within the episode; the splattery fight vs. Nora and Eph suited up in full protective gear to treat their subjects.)
posted by We had a deal, Kyle at 6:12 PM on July 21, 2015 [3 favorites]

I thought those little face cages that Eph and Nora rigged up for Mr. and Mrs. Andromeda Strain were pretty cool. Even so, no way in hell would I be anywhere near their faces -- any injections, fluid draws, tissue sampling, etc. involving needles or leaning into their containment units would be done down near their feet, assuming I didn't need to check for heart rate or lung function during the testing phase.
posted by Unicorn on the cob at 9:28 AM on July 22, 2015 [1 favorite]

I mean, I want _some_ consistency on how easily characters get infected

I hear you, but... this is a show in which CDC epidemiologists can't tell the difference between a parasitic worm and a virus.
posted by EXISTENZ IS PAUSED at 10:46 AM on July 22, 2015 [2 favorites]

I'm finding that the commentary about the show is so much more interesting than the show itself. Thanks for posting the interesting bits!
posted by MsVader at 7:16 PM on September 13, 2015 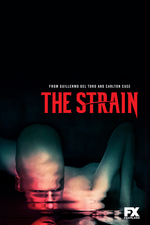