The finale of the 2015 Summer Season. "The nation deserves an accounting -- a full accounting -- of what really happened in Ed Dwight's case. And so does every Negro boy and girl who ever aspired to the stars." -- Ebony, 1965


Music
* Under the credits is Harlaamstrat 74 off of John Dankworth's Modesty Blaise score.
* There's Branches, by Keith Kenniff
* Then The Big Ocean, from Ben Sollee's score to Maidentrip.
* Then End of the World from Dan Romer's score to Beasts of the Southern Wild.
* There's The Sage, pulling once more from the dope-as-hell self-titled album from the Chico Hamilton Quintet.
* There's a loop pulled from Worm is Green's song, Brand New Day
* There's The Light, from my pal Jimmy's wonderful project, The Album Leaf. Go buy their albums.
* The piece at the end is the theme to Charlie Countryman from Christophe Beck's score.
* Oh: stuff gets heavy to Ghosts I from Nine Inch Nails.
* And finally (though out of order), playing over the fall-out from JFK's death is Now by Goldmund.

* We Could Not Fail: The First African Americans in the Space Program, by Richard Paul and Steven Moss
* Voices of Contemporary and Historical Black Pioneers, Farmer & Shepard-Wynn, editors
* The Right Stuff, by Tom Wolfe
* Distinguished African Americans in Aviation and Space Sciences, by Gulbert, Sawyer, and Fannin
* The All-American Boys, Walt Cunningham's memoir.
* The Ebony article mentioned in the piece can be read here.
posted by gladly (2 comments total) 1 user marked this as a favorite
Such an important, sad, and beautifully-told story. The Memory Palace at its best.
posted by adrianhon at 2:42 PM on September 3, 2015

If you've got the stomach for it, here's a rather long passage from Chuck Yeager's autobiography quoted on this avowedly racist website. If the podcast didn't convince you Yeager was an ass, his own words make it clear.

I'm not used to the memory palace playing first-person interviews, but it sure worked in this case. Beautifully crafted, as always.
posted by eotvos at 9:29 AM on September 4, 2015 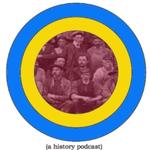