Following a duet with Miss Piggy, Joseph Gordon-Levitt heads to play poker with Scooter, Pepe, and the gang; The Great Gonzo gets ready to perform his dream stunt; Dave Growl and Animal compete in a drum-off.
posted by hippybear (8 comments total) 2 users marked this as a favorite
I had a lot that I loved about this episode. There were a lot of really great jokes and themes that worked well, like the continuing Piggy Water stuff, Deadly (of course, but very beautiful subtle moments), Scooter's continuing journey,

The Cold Open Piggy/JGL duet-disaster actually played out well, was actually the sort of thing you might have seen on the old The Muppet Show, only this time filmed in the more modern idiom. I though that worked well, and I loved JGL's performance of concern during the song. I was, of course, expecting Gonzo to say exactly what he said, and felt rewarded for expecting it.

Amazing puppeteering moments -- Pepe throwing in the poker chips (WTF?), Kermit's expressions (as usual), I mean, okay, this is where I admit... I really HAVE to go back through and watch the season and see if the puppeteering has been this astounding all along or whether it's gotten so much better that I'm regularly blown away by what I'm witnessing....

See, here's the thing... I have a pretty strong ability to suspend disbelief, oddly enough more so when muppets are involved... but then some part of my brain thinks "wait, what just happened there with that piece of fabric and wire and hands?"

And the past few episodes have been total "wow, man, WTF!" moments. And I shall go back and watch again and comment. Because WOW MAN WTF!

Like, for example, the moment when Dudley gets Gonzo's suit zipped up. The timing on that is so perfect I'm giggling to myself thinking about it.

They're trying to make Chip more real. I think this is a good thing. They're quite dedicated to him, and I'm willing to accept him if they can make him less of a cypher and stereotype.

I note: Dave Grohl's leg seems to have healed? Or is this more Muppet magic?

I think I can say, having watched this twice now, that I didn't feel at any point that any of the Muppets were acting out of character, as I have grown to know them over the past, um... 40 years of my life? I didn't feel that way with the early episodes, but as I stated earlier, I will do a rewatch once this half of the season is done.
posted by hippybear at 3:01 AM on December 2, 2015 [2 favorites]

For some reason, I can really imagine Dave wanting a drum-off with Animal. I think I need to rewatch the whole episode, because it looked fantastic.

And yeah, the puppeteering. The show deserves a technical Emmy.
posted by lmfsilva at 5:27 AM on December 2, 2015

My 14-year-old was in control of the remote while we were watching this, and felt obliged to add her commentary throughout, so I did not get to watch this episode as closely as I would have liked. I feel like I missed virtually all the dialog, but the overall feel of the episode seemed to make a very concerted effort to reconnect with The Muppet Show visually and with the characters. As usual, my favorite part of the whole episode was the scene with the Electric Mayhem in their lair.

As far as the puppet work, Henson really pushed through the envelope with the puppets as far back as "Hey Cinderella", so it doesn't surprise me how good it still is and how well they manage the complicated action scenes. They really are marvelous, though.

Maybe after I go back and watch the episode again online, I might have some other observations.
posted by briank at 5:51 AM on December 2, 2015

For some reason, I can really imagine Dave wanting a drum-off with Animal.

I loved this episode more than any of them so far. It just worked for me in a way that the other ones often haven't.

But Kermit's face is too expressive. It throws me off whenever he wrinkles up.
posted by Etrigan at 7:02 AM on December 2, 2015

When I saw Steve Whitmire at Dragoncon a couple of months ago, he actually mentioned that he had developed some new facial expressions for Kermit while filming The Muppets, so I don't think y'all are imagining things.

(also he BROUGHT KERMIT OUT and ANSWERED QUESTIONS AS KERMIT and it was WONDERFUL)
posted by nonasuch at 8:41 AM on December 2, 2015 [2 favorites]

Two things. The JGL duet with Piggy is where I learned I need Joseph to be in a traditional 1950s musical. Like Guys and Dolls only way less sexist and weird.

Also, so many things in my life have changed since childhood, but that blue, big-nosed weirdo still speaks to my heart. I'm off to find a cannon and a pool of fat water.
posted by teleri025 at 10:39 AM on December 2, 2015 [1 favorite]

JGL turned into a young Sinatra so gradually I hardly even noticed.


This was a proper Muppets episode, though. The Gonzo plot was perfect, and felt right for the character (particularly his reaction after falling onto craft services), it was the right balance of jokes and performance, without getting too plot heavy, Deadly and Big Mean Carl were excellent as usual, and of course Dave Grohl wanted to do a drum off with Animal- he's old enough to have seen the original Animal/Buddy Rich battle when it first aired. All they need next season is penguins and pigs.

On the point of this being a proper Muppet episode - there was no relationship drama, which I think was a key factor in shifting the show away from The Muppet Show. It was all kooky character stuff, dialog and puppeting, no (overt) sexual tension. I liked this episode.
posted by filthy light thief at 8:53 AM on December 3, 2015 [2 favorites] 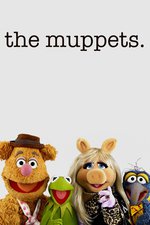