A family descended from Maori warriors is bedeviled by a violent father and the societal problems of being treated as outcasts.


LA Times: "Warriors" focuses on the predicament of the Maoris, the Polynesian group that ruled the island before the Europeans came and trashed and burned their way of life. Now, like so many indigenous groups, the film's ghettoized Maori are a culture that has lost its way, its members living on alcohol and the dole without any noticeable hope for better lives.

The film concentrates in particular on the family of Beth and Jake Heke. Married for 18 years, parents of five children, Beth and Jake still have moments (like the sentimental love duet they sing at one of their frequent all-night beer parties) when the initial attraction they had for each other is still strong and visible.

Roger Ebert: The director's key achievement is creating a convincing sense of daily life in the household and neighborhood. This is not a narrow drama that focuses on a few themes; it paints a whole style of life, the good times with the bad, and perhaps no scene is more sad than the one in which the family rents a car and sets off on a picnic, happy and in good spirits, only to have everything go wrong when Jake decides to stop for just one drink.

NYTimes: It takes her children's unhappiness to make Beth take a hard look at her life, which leads "Once Were Warriors" to some easy grandstanding. The title, from a line about the Maori past, comes from a speech patently constructed to make audiences cheer. That's part of what has made "Once Were Warriors" the most popular film in New Zealand's history, but Mr. Tamahori isn't often this facile. The film works not only for its pitiless depiction of these characters' unhappy lives, but also for its genuinely poignant idea of how their collective destiny has gone astray.

Director, stars and writers all come from backgrounds that are at least part Maori, and together they create a powerful sense of longing. Except for small roles in "Rapa Nui" and slight connections to "The Piano," none of these principals are familiar here, which makes the film's furiously energetic performances seem that much more intense.

Once Were Warriors: Where are they now? (article and documentary)

Once Were Warriors: Twenty years gone by
posted by MoonOrb (14 comments total) 1 user marked this as a favorite
I watched this on a school outing I couldn't get out of with a class of NZ girls. I have an NZ passport, but had never lived there and had only just started school in NZ, and watched the movie in reasonable interest (it is a beautiful good film), but it was harrowing for the rest of the teenage girls. They were crying by about halfway through and sobbing on each other's shoulders at the end, the teachers had to bring them back onto the bus all shook up and wailing - and that song "What time is it Mr Wolf" would play on the radio that year, and they'd tear up and it was this big emotional outburst again.

And I was dry-eyed and thinking "That was a good film".

The weight of cultural relevance made such a huge difference - my understanding and reaction was a fraction to theirs. I probably technically knew more about Maori history and culture than at least half the girls watching, and more about film, but I had almost none of the cultural touchstones or lived experience or any adjacent first or second-hand Maori cultural experiences.

I've never watched it since, but when I watch something clearly rooted in another culture or place, I remember sitting in that theatre, listening to my classmates sobbing and recognising that I could not experience the film the way they were because I wasn't in the same shared space as the filmmakers.

One detail that puzzled me at the time, so if you watch it outside NZ: the houses there are often crap, so they have issues with how thin the walls are and badly built, so even though the house looks big and well-built on screen, the council house is known to be a horribly unpleasant cold and unhealthy building to live in.
posted by dorothyisunderwood at 8:20 PM on February 16, 2016 [5 favorites]

This is one of my favorite movies of all time. I remember it came out the same summer as The Secret of Rone Inish which is also one of my top 10 movies and is interestingly thematically related.

The performances are just outstanding. Everyone totally embodies their larger than life characters. Rena Owen is just incredible.

One year, Frameline was showing a Rena Owen movie on my birthday. I went with some friends and afterwards they pushed me to say hi. She was extremely gracious and down to earth and gave me a big hug when my friends told her it was my birthday.

I took a stab at the book but it is so grim it was unreadable for me. Probably more realistic/less victorious, but I couldn't hack it. The devastation of alcoholism was much more realistically and brutally portrayed.
posted by latkes at 8:53 PM on February 16, 2016 [1 favorite]

I loved this movie when I saw it in the theater, and I've seen it probably twice since. It is not an easy movie to watch, but the acting is so good that it is worth it.
posted by Dip Flash at 8:57 PM on February 16, 2016 [1 favorite]

I've never seen this film, but always meant to, and have just peaked it and might try to watch this at the weekend. that said....

the houses there are often crap, so they have issues with how thin the walls are and badly built

This seems to to be true.
I spent hours looking at NZ real estate, and building reports, but it is almost like they haven't figured out building regs. If anyone knows why (earthquake regs aside) I would be curious to know.
posted by Mezentian at 4:47 AM on February 17, 2016

One of the first films for the terrific Maori actor Cliff Curtis, who has gone on to play almost every ethnicity ever.
posted by maxsparber at 8:51 AM on February 17, 2016 [3 favorites]

I saw this in the theaters (by myself) when I was off at college and it was the first movie I saw that nailed this kind of alcoholism. Previously, I'd only seen "charming" alcoholics (Thin Man) or wino-in-the-gutter alcoholics on screen. This one had not only the bad times but the good ones as well, where he's bigger than life and animated and loving and funny. It also showed that dynamic where, yeah, Beth does needle Jake into losing his shit and hitting her.

It was the first time I'd seen anything that looked like my childhood on screen* and I got back to my car, pulled it into the shade (it was 110F out) and cried for about half an hour before I could pull myself together.

I loved it but I haven't watched it since. There have only been a couple of other movies that got to me that way. (Beasts of the Southern Wild was another.)

In the novel, Jake is the one who rapes Gracie; the sequel What Becomes of the Brokenhearted retcons the incident to match up with the movie. There's a 3rd book, which I haven't yet read and hasn't been filmed.
posted by brujita at 2:30 PM on February 17, 2016

Such a powerful film, and Tamahori just went on to direct utter shit, in the main.
posted by smoke at 6:15 PM on February 17, 2016

I saw this movie years ago and it really shook me. I read the book soon after. I had no idea there were sequels! Are they as...upsetting as the first one?
posted by silverstatue at 7:49 PM on February 17, 2016

It doesn't look like the movie sequel was released in North America and it's been some time since I read the book.
posted by brujita at 11:07 AM on February 18, 2016

One thing that's a bit odd about that NZ Herald article is that the writer talks about typecasting a bit, but there's no mention that Morrison went on to play Jango Fett in the Star Wars prequels, nor that Owen also has a small part in it (albeit as a mocapped CGI alien).
posted by Halloween Jack at 2:40 PM on February 18, 2016

I thought this succeeded in part because the things that it does well it does very well, but the third act is very weird in that it lurches between syrupy after-school special type moments and absolute gut punches and I confess I would have preferred (as difficult to watch as it would have been) this stretched out over more time.
posted by MoonOrb at 2:08 PM on March 20, 2016

I just stumbled across this blog post at the National Library of New Zealand. A bunch of behind-the-scenes photos were donated to the library by the production company and are in the process of being digitised. See whats available to view here.
posted by Start with Dessert at 2:25 AM on December 11, 2017 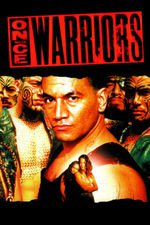