A young man, his wife, and his incompetent case worker travel across country to find his birth parents.


NYTimes: Mel's search for his birth parents is nominally what sets this enchantingly loony comedy in motion. That sounds almost ordinary, but it quickly becomes clear that Mr. Russell could spin inspired zaniness out of a trip to the grocery store.

Roger Ebert: "Flirting with Disaster'' has the sort of headlong confidence the genre requires. Russell finds the strong central line all screwball begins with, the seemingly serious mission or quest, and then throws darts at a map of the United States as he creates his characters. He is also wise enough to know that all the characters don't have to be funny all the time; there is a quiet pathos in the character of Nancy, and Patricia Arquette does a subtle job of establishing her feelings: She's a new mother who should be the center of attention, and has been blindsided by this manic quest and by the allure of Tina. "She may be attractive, but she's got a screw loose,'' Nancy warns her husband.

Among the other pleasures of "Flirting with Disaster" is the way we cannot predict the movie's next turn. There are conventions in this sort of story, and Russell seems to violate most of them. He allows the peculiarities of his characters to lead them away from the plot line and into perplexities of their own. To watch that happening is a lot of fun.

Trailer
posted by MoonOrb (5 comments total) 1 user marked this as a favorite
This is...okay? Stiller is pretty good.
posted by Chrysostom at 9:46 PM on February 28, 2016

Been a long time since I've seen this but I recall two things quite vividly. 1) I think this is the first movie I ever saw that did an actual visual erection joke. It seems like it's pretty rare to actually see a bulge in a man's pants onscreen, and they really went for that here. 2) Tea Leoni is sexy as hell.
posted by wabbittwax at 5:52 AM on February 29, 2016

I love this movie. Mary Tyler Moore and George Segal as the neurotic urbane adoptive parents, Alan Alda and Lily Tomlin as the hippie ex-con bio parents. Both couples are just absolutely perfect. Richard Jenkins as an ATF agent, after his acid trip: "I had an experience... I resisted at first, and then it evolved and it continues to evolve for me."
posted by aabbbiee at 1:44 PM on February 29, 2016 [1 favorite] 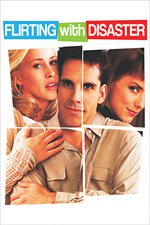