Rebecca actually doesn't have infinite money but needs to get to Hawaii to get more time with Josh. Heather tries to keep her emotions about breaking up down at work. White Josh suggests that Daryl explore dating.


Josh goes back to Rebecca and admits he has to tell Valencia, that the kiss was wrong and that he has a convenient trip to Hawaii planned. If you've watched the show up until this point you could probably guess that Rebecca will try to go to Hawaii because nothing will stop her Josh crush, except as it turns out unexpected financial problems.

Daryl comes out as bisexual his coworkers. It causes one awkward question from a co-worker and not much else. White Josh suggests they are moving too fast, because they have kissed twice, yet again being the voice of reason. But they have a moment of reconnection at the

In some surprising bits of continuity, the water conspiracy case continues, Rebecca gets well-deserved kudos and she actually runs out of money. And then two actually new moments, Rebecca has a moment of empathy for Valencia and Valencia has a moment to be a good person.

On being awarded the key to the city, Rebecca has an internal crisis and literally flies away.

* Lots of talk about romantic comedies and stories in this episode. Rebecca mentions them, Paula talks about them, so does Greg and there's a whole song about them. A lot of those stories place love at the center of everything and suggest that you should do anything to get it. Obviously much of this show is trying to play around and deconstruct those tropes. When Josh says there's only "one thing he can do now" Rebecca's response is "follow your heart," which is not the correct answer.

* Where is Rebecca flying to at the end there? She knows Josh isn't going to Hawaii. Is she leaving West Covina to go back to New York? That would be my guess.

* Father Brah's story about his class bunny Carrots just kept on getting worse. But even stoned he's right on with the on-point and hilarious advice.

* Rebecca's complete ignorance of finances were a great running gag.

* I didn't know Rebecca was still "seeing" her therapist, but it's nice that Dr. Akopian is so persistent, at least until trapped on a plane. Next episode we actually get to see them talk for once.
posted by john-a-dreams (7 comments total) 2 users marked this as a favorite
I love Father Brah. He reminds me of a lot of people I went to seminary with. There is definitely a "type" of 26-year-old newly-minted ministers, especially who are sporty dudes, and Crazy Ex-Girlfriend nails it. I've got to think one of the writers has a college roommate who went right to seminary or something.
posted by Eyebrows McGee at 9:58 AM on March 8, 2016 [4 favorites]

So I'm guessing Valencia ends up with Rebecca's family heirloom as an engagement ring.
posted by sardonyx at 2:37 PM on March 8, 2016 [2 favorites]

The two best bits of the episode were Rebecca trying valiantly to figure out how money works ("Do I not own my car anymore?!" "I get paid! How much do I get paid?!") and White Josh valiantly trying to eat soup. Third place: Darryl's (sweet) dance moves.
posted by Holy Zarquon's Singing Fish at 10:20 AM on March 9, 2016 [1 favorite]

this episode was the best. It really neatly highlights how the entire season has been so tightly plotted/diabolically crafted, even though it seems like a loose bag of zany exploits. We've spent 13 episodes becoming acclimated to the idea that this is not a show that worries about money; we've seen scene after scene of Rebecca just throwing away money left and right, and we've gotten totally comfortable with the idea that she can do that. It's just one of her character quirks! She is willing and able to spend any amount of money in the service of wooing Josh! Crazy zany silly Rebecca! She's rich enough to get away with it, though, don't worry!

and then wham after like seven hours of us getting used to this, without any warning whatsoever she's out of cash.

As an Anxious Person (and moreover as a Broke Anxious Person), I was completely unable to look away, but also I wanted more than anything to hide behind the couch and close my eyes and stick my fingers in my ears and go LA LA LA to block it all out.

I realize this may be more about the CW being resigned to abysmal ratings than anything else, but you know what? I'll take it.
posted by Holy Zarquon's Singing Fish at 11:42 AM on March 11, 2016 [2 favorites]

I have been waiting for Rebecca to run out of money. Hoo boy there.

Other than that, realizing she's the villain in her own story and not the rom-com heroine is deep stuff. Hardcore. Time for therapy, indeed.

Darryl's dance number was everything I didnt know I needed.
posted by sweetmarie at 7:06 PM on July 9, 2016 [4 favorites] 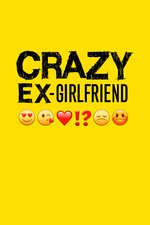