A never-before-seen woodsman mysteriously appears aboard a submarine that's been trapped deep under water for months with an unstable cargo. As the terrified crew make their way through the corridors of the doomed vessel, they find themselves on a voyage into the origins of their darkest fears.


Peter Sobczynski (RogerEbert.com): From what I have been able to gather, the initial inspiration was a pair of museum installations in Paris and Montreal in which Maddin and a small crew would shoot a complete short film a day while the public looked on, and the resulting films are to be a part of a future interactive website project. The conceit behind the individual films is that they were all inspired by titles of old films that have either been lost or which were never made in the first place. Here, they have all been combined into a hallucinatory fantasia in which more than 18 different narratives bounce off of and flow into each other in unexpected ways, while Maddin presents them in a style reminiscent of the era spanning the end of the silent era and the beginning of the talkies.

Erich Kuersten (Acidemic): Playing around with speed and reversals, decomposing blobs around a lighted figure in a dark room seem to be breathing in and out of dissolving bubbling lava-like abstraction and almost like free association BOOM there's a volcano. And while each of the interlocked stories and subroutines feels familiar, there's no time or inclination to really identify or understand: a woodsman comes into the forbidden cave to rescue his lady love from a wolf pack in an inverted Red Riding Hood myth, he thinks, but they're all dead and she's shaking as if possessed, and then, what? Then rather than speak on the crime of squid theft, the volcano lectures the gathered tribe on the impossibility of gaseous emissions speaking coherently.

Mike D'Angelo (A.V. Club): Ultimately, The Forbidden Room gets so far up its own ass that it requires a series of consecutive climaxes to find its way back out.

Guy Maddin interview at the 2015 Sundance.

Trailer.
posted by sapagan (4 comments total) 6 users marked this as a favorite
I love this movie so much. I wrote a piece about it on for The Outtake when it played theatrically in Chicago at the end of 2015. Seeing it on the big screen at the Music Box was an amazing experience!

It's available to stream on Fandor! I'll refrain from evangelizing too much about that service other than to say that every person who loves cinema should subscribe to it.
posted by tomorrowromance at 3:54 PM on March 11, 2016 [4 favorites]

I just rewatched this last night, and I kind of want to re-rewatch it again tonight. I loved it the first time, but I loved it even more the second, and I expect it gets better every time.

I don't know if it's my favorite of Maddin's movies, but it is the Maddinest in a lot of ways (despite having a co-director). I love that it so completely dispenses with the traditional storyline and messes with the audience the way it does, with the false endings (it just now occurred to me that false endings are also the theme of that Sparks song, Final Derriere) and that big cluster of rapid-fire climaxes. It's composed almost like an epic, intricate piece of music. The literal scratching and popping, the sampling, the way a scene or image or word will be repeated for emphasis and rhythm, and of course all the post-production effects. I can definitely see this being one of those movies I feel like I have to watch over and over.

Also, I feel like I still need to read more about it, to tangle out what everything is. I mean, I know it's a sort-of companion piece to Seances, and that those at least featured a bunch of the kids of cinema royalty (Charlie Chaplin's daughter, Agnes Varda and Jacque Demy's son, and Jean Vigo's daughter--was there anyone else?). Are all of the pieces recreations of lost and unrealized films? Is the Vigo one in Forbidden Room, and if so, which one is it? And why isn't Margot's Aswang song on YouTube?

Anyway, thank you so much for adding this, sapagan, and thank you tomorrowromance, for that piece you wrote. That was really, really good.
posted by ernielundquist at 2:56 PM on March 13, 2016 [2 favorites]

I haven't seen this, but I now know I definitely need to after having seen Kyle Kallgren's video on it.
posted by juv3nal at 2:35 PM on September 21, 2017 [1 favorite] 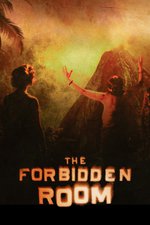