Ellen and Ian touchdown in Jamaica and explore how the queer community is seen through Jamaica’s most iconic exports--dancehall music and the philosophy of Rastafari.


Decided to make a new post for this episode as it touches on things significantly different from the Japan episode. Major homophobia warnings of course.
posted by suddenly, and without warning, (2 comments total)
So this sucked and I needed somewhere to parse/discuss it.

This episiode was so disappointing with that opening, which I probably should have guessed the interview with the Rasta, which started so encouraging, would be flipped on its head, but I wasn't ready for it.

Moreso than the Brazil one I felt like there was very little hope for change, or rather that any change was up against such massive societal odds. In a way it felt like how a lot of people in the USA address (or don't) racism, with the whole 'colorblind' thing. The 'don't ask don't tell' and the 'as long as they don't shove it in our face', except the consequences for not hiding in the most extreme ways have extreme results. I guess I was just surprised that people, and it seemed like it was the majority of people (I wonder how well this does represent things I guess) not only condoned physical violence against LGBT people but pretty much encouraged it.

I started reading and it's interesting to me that there is apparently a lot of tension between Rasta and Christians in Jamaica, but both seem to be united in the larger culture of being incredibly homophobic. And also like they said, another contributor to the issue is these white evangelist christians coming in and preaching extreme homophobia (just like we're doing in Africa, of course). And some Jamaicans seem to be pissed off that the white evangelists are coming in and doing this (rightly so) because it's yet another form of us butting in and telling people what to do, but at the same time a lot of people seem to have adopted that mindset and taken what's being preached and embraced it.

And I did feel really uncomfortable during that interview with Beanie Man as I understand the resentment Jamaicans might have towards the whole white imperialism thing of walking in and saying 'this is how you should do things' in their own country, when white imperialism and colonialism is what forced them their in the first place, and as the Rasta man talked about in the intro, how they've taken those white concepts and changed them to make them their own in a way that I'm sure was pretty freeing considering the history. And the people saying, you know, it's only very recently that the USA for example has allowed homosexuality/LGBTQ rights in the form of actual legislation, as in finally putting our money where our mouths are in laws that yes are incomplete and yes probably aren't being enforced as well as they should but at least we're moving forward and actually at a better pace than I'd expected. I get why Jamaicans would resent that, especially the idea that white people would feel entitled to do that with impunity, because it is kind of bullshit.

But at the same time... like. Holy shit. There are more layers to it than that and I have trouble wrapping my head around the power imbalance here, because Ellen is from a marginalized group in her own country, but in Jamaica (as discussed), despite still being marginalized her class would afford her a lot of leeway. But REGARDLESS of all of that this kind of treatment of LGBTQ people is obviously abhorrent. Not excusable. But of course, people have provided excuses, I just feel like this one is muddier than most.

I guess what I'm getting at is I have absolutely no idea how one would go about fixing it. There's a lot of intersections of a lot of things here and the result is shit and it's very frustrating. That said? The people who put on that pride parade are so fucking brave.

Anyway. This episode was harder for me to parse than the previous ones. It seemed like a ton of cognitive dissonance but all mixed in with really valid resentment towards being told what to do by colonialists, which might just be creating an excuse to continue treating LGBTQ people like shit. Which is a lesson I guess that no matter where you go people will find an excuse.

This episode was painful and, as a white American, really uncomfortable. So... worth a watch probably.
posted by suddenly, and without warning, at 7:44 AM on March 23, 2016 [3 favorites]

I think the reality on the ground, as depicted in the show, ended up running headlong against our sheltered, idealized vision of Rastafarianism as somehow being so laid-back and accepting of all and, y'know, stoned and cool.

It was a tough viewing, that's for sure, which is kind of the ultimate point of the show, I think. It's not a happy, shiny travelogue. It's about how there's still a whole lot of work to do around the world.
posted by Thorzdad at 7:51 AM on March 23, 2016 [2 favorites] 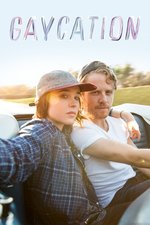