An American grandson of the infamous scientist, struggling to prove that he is not as insane as people believe, travels to his family's home country and discovers the process that reanimates a dead body.


Roger Ebert: “Young Frankenstein” is as funny as we expect a Mel Brooks comedy to be, but it’s more than that: It shows artistic growth and a more sure-handed control of the material by a director who once seemed willing to do literally anything for a laugh. It’s more confident and less breathless.

That’s partly because the very genre he’s satirizing gives him a strong narrative he can play against. Brooks’s targets are James Whale’s “Frankenstein” (1931) and “Bride of Frankenstein” (1935), the first the most influential and the second probably the best of the 1930s Hollywood horror movies. Brooks uses carefully controlled black-and-white photography that catches the feel of the earlier films. He uses old-fashioned visual devices and obvious special effects (the train ride is a study in manufactured studio scenes). He adjusts the music to the right degree of squeakiness. And he even rented the original “Frankenstein” laboratory, with its zaps of electricity, high-voltage special effects, and elevator platform to intercept lightning bolts.

NYTimes: Perhaps the nicest thing about Young Frankenstein is that one can laugh with it and never feel as if the target film, James Whale's 1931 classic that starred Boris Karloff, is being rudely used.

AV Club: What really makes the movie work, though, is its remarkable attention to detail. Shot in black and white, it genuinely resembles the 1930s Universal classics it’s aping—as well it should, because Brooks went to the trouble of acquiring many of the original props used in those films, which were still kicking around in storage four decades later. What’s more, the narrative really works as a narrative, not just as a flimsy clothesline for gags. Indeed, parts of Young Frankenstein are so dedicated to authenticity that you could selectively edit out the funny parts and create the illusion of a completely serious horror movie. Frankenstein’s early classroom lecture, for example, spends more time on actual anatomical labeling and discussions of motor reflexes than any contemporary comedy would dare, which only makes the scene’s absurd aspects that much funnier. Brooks and Wilder (who co-wrote the script) trusted the audience to share their sincere interest in the source of their jesting. Trust wasn’t a dirty word in Hollywood then.

Mel Brooks on Young Frankenstein: The Real Reason He Wasn’t in His Own Movie

filmschoolrejects: 23 THINGS WE LEARNED FROM THE ‘YOUNG FRANKENSTEIN’ COMMENTARY

Puttin' on the Ritz
posted by MoonOrb (27 comments total) 13 users marked this as a favorite
I've never been able to put into words why, but I don't think I've ever laughed as hard as the first time through Puttin on the Ritz. Its just tear-inducingly funny.
posted by hobgadling at 6:54 AM on April 1, 2016

Gene Wilder and Marty Feldman playing violin and French horn on the parapet is one of my favorite physical bits of all time.
posted by TheWhiteSkull at 6:57 AM on April 1, 2016 [1 favorite]

The first time I ever saw this I think I was in late elementary school and my mom hollered up the stairs at me to turn on channel ## immediately. "WHY?" "THERE'S A MOVIE ON YOU'LL LIKE" [go to nearest tv] "THIS ONE IN BLACK AND WHITE? WHAT IS IT?" "YOU'LL LIKE IT, WILLY WONKA IS IN IT, YOU LIKE HIM. AND MADELINE KAHN." "WHO'S MADELINE KAHN" "WHAT OH MY GOD HOW DO YOU NOT KNOW WHO MADELINE KAHN IS"
posted by phunniemee at 7:21 AM on April 1, 2016 [10 favorites]

A little bit of Mel Brooks goes a long, long way, so I don't understand how he was able to create 100 consecutive minutes of genius. One of my favorite movies.

"Put. Zee candle. Beck!" is maybe my favorite line of any movie.

I suspect this was more Wilder's doing than Brooks, but I think it's the weird, sweet heart of this movie that really makes it special. Frankenstein has such love for his monster, he is proud of his creation but also anguished by what a dumb, dangerous brute his boy has turned out to be. There is just a really great Frankenstein movie in there, under all the gags.

In Brooks' other comedies we never really care about anybody, it's all about the jokes and the fourth wall hardly exists. But this movie has a real soul, and Wilder brings scary conviction to his part. That Transylvanian fiddle lullaby is genuinely heartbreaking, every time we hear it. As ridiculous as it all is, you still care what happens.

And those gags, oh my God.

To this day I am ashamed that my first reaction on seeing this film was to be disappointed because it wasn't as funny as Blazing Saddles.

I was a kid, what did I know? But Blazing Saddles really, really hasn't aged well, while this thing just gets better every year, like fine wine.
posted by Naberius at 6:48 AM on April 4, 2016

this thing just gets better every year, like fine wine.

Maybe I didn't see it at the right time but this has always been funnier than Blazing Saddles to me. I mean Peter Boyle if just amazing!
posted by Carillon at 1:44 AM on May 21, 2022

An evening in 2022: Hell yeah, let's watch this funny horror movie parody for the Halloween spirit. We haven't seen it since the 80s but I'm sure it still holds up.

What the hell was that?

Sorry, I hate to yuck on your yum, but jesus christ was that rape scene a little hard to sit through. A day later, I'm still thinking about it. And, I'm not going to lie, but that Puttin on the Ritz routine was really shitty. Yelling "puttin on the ritz" with a speech impediment is seriously not funny.

I know, satire and all, but good lord this did not sit well with us. I'm kind of embarrassed for having wanted to watch it.
posted by General Malaise at 6:21 PM on October 22, 2022

The movie came out in 1974 and many of us, myself included, saw it long before 2016. Watching films from 50 years ago can be a minefield. But it's weird because you seem to suggest that the world has changed so much in 6 years that if I saw it now I would be horrified? I watch it every year and yep, still love it.
posted by miss-lapin at 7:52 PM on October 22, 2022

Sorry, I didn't mean the reference to 2016 to be the focus of my angst—it was just when the post and most of the comments were from. But I still stand by the rest of my comment. I don't want to take away from your enjoyment of the film, I just felt that it needed to be mentioned that the movie is, indeed, a landmine, which had not been mentioned previously.
posted by General Malaise at 5:10 PM on October 23, 2022 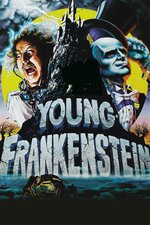