An American naval officer's talent for living the good life in wartime is challenged when he falls in love and is sent on a dangerous mission.


Slant: Though a bit overstuffed with long-winded speeches, Chayefsky’s scabrously funny script brims with snappy, crackling dialogue, from Madison casually telling someone on the phone “Hey, these Russians still like their women short, fat, and reactionary” to characters’ repeated references to the Normandy Invasion as a “balloon…about to go up” and “The Big Show.” Madison eventually finds himself in a predicament when his boss, admiral William Jessup (Melvyn Douglas), decides (during a bout of “cracking up”) that the Navy can only prevent itself from being marginalized by making sure a sailor is the first man to die on Omaha Beach, and assigns Madison and his best friend Bus (James Coburn), a gung-ho lieutenant commander and wanton ladies man, to make a film of this historic, heroic death. Repulsed by this “matter of Naval public relations,” a task Jessup contends is important because it’s “the essence of military structure, the inviolability of command,” Madison attempts to finagle his way out of this foolhardy mission, and his rebellion is fueled by a conviction that war is a staged, man-made affair (not unlike a movie) motivated less by necessity than by misguided visions of warfare as an arena in which men prove their gallantry. As Madison tells Emily’s mother, “It’s not war that’s insane; it’s the morality of it.”

NYTimes: What Mr. Garner is expressing in this sharply outspoken film, which conceals the deadly point of its thesis within some mischievously nimble farce, is that the philosophy of pacifism is the highest morality and that wars will be abolished only when people stop thinking it is noble to fight. "So long as valor is a virtue, we will have soldiers," he says in a speech in a scene with Miss Andrews and Joyce Grenfell as her mother, which has respectably Shavian overtones. It is to discredit this virtue that his character takes the attitude that dead heroes are simply dead men, less fortunate or commendable than living cowards.

The Dissolve recommends unusual films about love: The Americanization Of Emily
posted by MoonOrb (3 comments total) 1 user marked this as a favorite
This is one of those movies that I tend to recommend at (I'm sure) a much higher rate than other people actually watch, but I'll keep evangelizing it whenever possible. It's really got a great blend of everything from action to romance to cynicism to compelling dialogue, not to mention a very attractive cast.
posted by sardonyx at 8:24 PM on May 23, 2016

Love this movie! Keep trying to get my girlfriend to watch it, but she just keeps saying that she doesn't like war movies. I try to assure her it's not a war movie as such and it's really right up her alley, but she seems determined not to watch it.
posted by ericthegardener at 7:49 PM on May 24, 2016

You can tell her that the Internet says it's not really a war movie, so it will be okay. Seriously, I'm not much of a war movie type either, but it really is a movie that I can sit down and watch any time I come across it. And you can tell her that if she doesn't like it, she can come here and blame me. You're off the hook.
posted by sardonyx at 9:16 PM on May 24, 2016 [1 favorite] 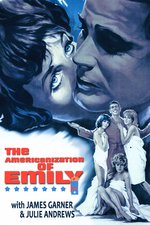