ars PARADOXICA is a love letter to physics, fiction, and the future. It's a disorienting journey through spacetime and the Cold War. It's a tome of secret history you stumbled across in a library in the dead of night. It's also a serial audio drama.


When an experiment in a time much like our own goes horribly awry, Dr. Sally Grissom finds herself stranded in the past and entrenched in the activities of a clandestine branch of the US government. Grissom and her team quickly learn that there's no safety net when toying with the fundamental logic of the universe.

Episodes should be experienced sequentially. New episodes are released on the first of the month; episodes broken into acts are released within the same month.
posted by metaBugs (4 comments total) 4 users marked this as a favorite
NB:

We're starting from the beginning of a serial fiction that has a backlog of 15 episodes, published at a rate of one or two per month. The plan is to treat this as a "first listen", so please don't discuss stuff from episodes beyond the one we're in the thread for.

I plan to post one episode per week, until we catch up with the main show. Unless there are temporal problems, in which case who knows.
posted by metaBugs at 10:40 AM on July 7, 2016

Yeah, I thought this was a really strong opening episode. Maybe a few moments here and there that felt clunky to me, particularly just skipping to "..once I'd convinced the Director I wasn't a spy..." without much comment as if that had been an easy conversation.

But minor nitpicking aside, Sally seems like a great character, the setup sounds fantastic and I think they handle the transitions between audio diary and "live" audio of the scenes brilliantly. And I'm really looking forward to finding the time to sit down with the numbers station broadcast from the end, to see if I can decode it. I assume answers are plastered all over the net by now, but I want to take a spoiler-free run at them first.

Sally's opening reaction to the interrogation -- stamping down on being called "honey", insisting "it's Doctor Grissom" -- was really satisfying. And her wry humour on the tapes sounds very natural to my ear, while still really entertaining to listen to. Just from this episode, it's obvious that she's going to be a lot of fun to follow.

I should say that I got up to about episode 9 before deciding to post this series to FanFare, and I'm starting again from the beginning to listen along with the posts here. So I have too much foreknowledge to join in with speculation about where the story is going, if that becomes a thing in here. If my comments read a bit oddly, it's probably because I'm trying to enthuse without saying anything much about the mysteries.
posted by metaBugs at 2:21 AM on July 11, 2016 [1 favorite]

The acting is very... I don't know. It's like they prioritized enunciation for recording over expression. Even the wizened secret government ops guy sounds like an early 30s community radio guy. 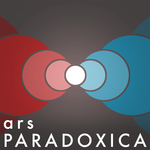