Steven, Greg, and Lapis go on a boat excursion!
posted by Small Dollar (17 comments total) 1 user marked this as a favorite
Looks like team Jasper's blasting off again!

Poor Lapis. She's spent thousands of years as discarded garbage, found out the hard way she has no home anymore, and ended up trapped in a fusion where she was forced to be horrible to a horrible person. I don't blame her for feeling like she doesn't deserve what Steven wants to give her.

Poor... Jasper? I wonder how Steven would fare against Jasper in a straight-up fight. Probably not great, but better than Jasper would expect? Stevonnie would mop the floor with her, of course. Interesting new direction for Jasper, looks like she's already given up on homeworld thanks to her new obsession with fusion. I can't imagine any Jasper fusion being great. Her and Amethyst would make Sugilite look positively prim and proper. I wonder if Jasper will be Steven's first gem fusion.
posted by Mr.Encyclopedia at 6:54 PM on July 28, 2016 [1 favorite]

God this episode was fucking dark y'all. I was not expecting that very adult level of weirdness, stalking and obsession.

I don't know if the boat's got gem-insurance though, if it's insured against Acts of Gem. (Can I carry that joke any farther? I think, no.)

I don't know how to feel about this episode. I didn't like it, but I don't think I was suppose to like it? This is a semi-frequent occurrence with Steven Universe.
posted by INFJ at 5:44 AM on July 29, 2016 [2 favorites]

You weren't supposed to like it, it was traumatizing! And Jasper remains an unresolved baddie out there somewhere, who is not only a baddie but now obsessed with one of the fan favorites, and the whole thing has unsettling abusive-intimate-relationship overtones. How can this possibly end well?

It now seems unlikely to me that Jasper is going to be redeemed, she may suffer a bad-guy death-by-explosion or something though.
posted by emjaybee at 8:50 AM on July 29, 2016

I'm not convinced Jasper will be redeemed, but weirdly enough she's now more of an ally than an enemy. I don't see her ever taking up arms for Homeworld again now that she's had a taste of fusion. I think she will fight alongside the CGs in an effort to prove she's "worthy" of fusing again. Scarily I think we haven't seen the last of Malachite.
posted by Mr.Encyclopedia at 9:04 AM on July 29, 2016 [1 favorite]

I like that we're primed to think that Jasper was the abusive one (and there was definitely a mutually abusive dynamic) but the evidence suggests that Lapis was the one actually being horrible.
posted by restless_nomad at 2:26 PM on July 29, 2016 [2 favorites]

Yeah, Lapis was definitely the abuser, but at least she recognizes that? That's something.
posted by suelac at 9:41 PM on July 29, 2016 [1 favorite]

Lapis was definitely the abuser

Lapis was trapped in a toxic situation where she saw no other way to escape or get any agency outside the rules of the game that Jasper created ("fuse with me"). She has been powerless since the day she got trapped in the mirror; every time she finds some kind of freedom, it gets turned against her.

Her only way to get any sort of agency in Malachite was to use her power to overpower Jasper. And no surprises that she likes it! It's the only semblance of power she's managed to have for a very long time while still being aware! She has CONTROL! Jasper felt her power and she felt Jasper's, there was definitely some influence.

Was it the most helpful of ways to get control? No. But when you're in a toxic situation, sometimes the only way to cope is to give into the toxicity. Look up relationships between narcissists and codependents. The codependents get sucked into the world of the narcissist, any attempt at standing up for themselves is seen as "abusive", and they can't really see any good way out of the situation.

JASPER was the one who trapped Lapis and coerced her to fuse. Jasper's the one calling Lapis a "monster" while deflecting her own responsibility. Jasper's the one going "but baby I've changed!". Lapis tried to take control the only way she knew how - by beating Jasper at her own game. She never saw any other possibility. She's horrified at herself but at the same time misses that little rush she got because there was no other way she could get it. Jasper doesn't give a shit about consequences.

It may take her a long time to not recreate the patterns of abuse enacted against her, but to say she was "definitely the abuser" is to completely ignore the dynamics of abusive relationships and how the victim can get sucked into abusive behavior in an attempt to break free.
posted by divabat at 10:15 PM on July 29, 2016 [40 favorites]

Yeah, I wasn't trying to say that Jasper was innocent or that Lapis was unequivocally bad, but that it was a situation where Lapis did actually have the power, which makes it *more* significant that she was able to say no. It's not ok to treat people like that even if they're the bad guy. It's a much more complex situation than if Lapis were an innocent victim with no agency in the relationship.

(I also think Lapis (and Rose, and probably damn near everybody) has done some genuinely dark shit in the past and we will be dealing with that eventually.)
posted by restless_nomad at 10:30 AM on July 30, 2016 [6 favorites]

Lapis has more physical power than Jasper, but that doesn't mean she had the benefit of the power dynamic in that fusion.
posted by divabat at 6:13 PM on July 30, 2016 [2 favorites]

Having been in a long, abusive relationship -- god, this was a rough, intense episode. As soon as it was revealed that Steven was bringing Lapis on a boating trip I felt that same fear I do in going back to some of the old neighborhoods I've lived in. That "oh shit, what do I do if I run into so-and-so" panic. I am grateful for this episode, but I don't think I can watch it again any time soon.
posted by The Great Big Mulp at 10:45 AM on August 1, 2016 [3 favorites] 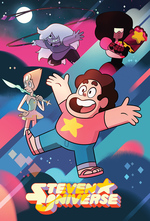