Well, I do declare, that if a man should be in that there Google Chrome, and he opens a window in the incognito, anything he looks at is not illegal. Now look, I may be a simple country lawyer and senator, but I swear on the memory of General Lee that you cannot be convicted of downloading pornographic images and video of the child persuasion if you mosey on down in that incognito window.

This week's Grey Wolf episode previews incriminating comments from three top Trump officials wedged between MMA-watching hippie musings on the Joe Rogan Experience, and talks about a YDS panel on cultural appropriation and identity politics. It's the Chapos w/ guest Shuja Haider.
posted by grobstein (3 comments total)
On Saturday night Matt did a Periscope stream where he expands on the End of Everything rant he went on in the last episode as well as lots of other pretty entertaining ramblings.
posted by Space Coyote at 9:54 PM on February 26, 2017 [2 favorites]

Oh man I have Periscope filed under "Weird stuff only kids understand"
posted by grobstein at 5:20 PM on February 27, 2017 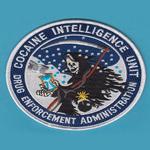