Battle for Sevastopol is a Russian/Ukranian co-production based on the WWII experiences of Lyudmila Pavilchenko, a young Ukranian student who becomes one of the war's deadliest snipers. With 309 confirmed kills in just over a year, Pavilchenko is brought to the White House to meet President Franklin D Roosevelt, the first Soviet ever to receive such an invitation. Pavilchenko meets and is befriended by Eleanor Roosevelt, who invites her on a promotional tour of the United States to rally support for the Soviet "Second Front" war effort despite her PTSD.


Anchored by a strong performance by Yulia Peresild, this movie (called Battle for Sevastopol in Russia and Indestructible in the Ukraine) was made just prior to the collapse of relations between the two states.

Available to stream on Amazon Video.
posted by under_petticoat_rule (1 comment total) 4 users marked this as a favorite
Oh I need to watch this. Thanks for posting.
posted by French Fry at 10:33 AM on May 4, 2017 [1 favorite] 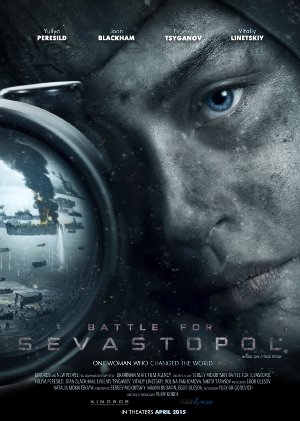