After the apes suffer unimaginable losses, Caesar wrestles with his darker instincts and begins his own mythic quest to avenge his kind.


The movie has a 95% on Rotten Tomatoes...The RT Critics Consensus:

War for the Planet of the Apes combines breathtaking special effects and a powerful, poignant narrative to conclude this rebooted trilogy on a powerful -- and truly blockbuster -- note.
posted by doctornecessiter (8 comments total) 1 user marked this as a favorite
I barely remember anything from the last movie...Were the mo-cap ape effects this good last time? This is the first time in a movie where I was looking at things that intellectually I know were CGI painted over actors, but at the same time I could easily convince myself that that's exactly what these apes looked like on the set, and I remained convinced for the length of the movie. I kept looking for seams, but I didn't see any (at least not until the last ten minutes, and that was on a different, non-ape effect).

I enjoyed the emotional storytelling with the apes quite a bit (I came *this close* to crying about 6 times...Somehow it's way, way worse to watch sentient apes suffering than humans), while not really liking some of the turns that the plot took and how those beats were handled (looking at you, Woody Harrelson's mid-movie MASSIVE infodump).

Again, having not remembered (and still not remembering) much from the last movie other than overall liking it, I expected this to escalate the scope quite a bit as the entire planet is being affected, but it seems like this is actually smaller in scale? Am I wrong about that? I guess that to keep it Caesar's story, you'd necessarily have to maintain a tight circle around the Pacific Northwest and whatever destination(s) beyond that that are accessible by horseback...It's not like the apes are quite technologically advanced enough to fly him or even sail him around to interact with other ape factions.

Oh, and I recognized Steve Zahn's voice about 5 minutes after he showed up. Loved that they had him in there as comic relief, but since his character was really the only funny thing, it did kind of clash with how much seriousness was going on all around him all the time.
posted by doctornecessiter at 4:56 AM on July 18, 2017 [1 favorite]

Just saw this yesterday and have to agree that the CGI here was excellent; the apes' presence and corporeality didn't feel fake at all. From recent years, I guess The Jungle Book achieved achieved something similar with its CGI.

I also enjoyed the fact that this was basically Apocalypse Now of the apes, and it very blatantly and explicitly borrowed from it: Ape-pocalypse Now, as even one graffiti in the tunnels even says. Or more generally, this was the 'Nam movie of the apes, with all the madness, confusion, fear of the other. Woody Harrelson, dammit, could you channel Brando's Kurtz even more? Probably not. Oh, at one point, probably due to his sunglasses, The Colonel felt like a middle-aged Mickey Knox from Natural Born Killers.

But yeah, also agree that some of the story-telling or explication was a bit heavy handed: you don't have to explain everything, show! That's what the movies are for!

Also, the music by Michael Giacchino was a bit suffocating at times. The bits that depicted the insanity and brutality of acts of war were, I think, great, also the recurring piano melody, but it would've been much more effective to leave some room for silence during emotional scenes, for example. As it ended up, it's again a score that tells you exactly how to feel at any given moment.
posted by sapagan at 10:40 PM on July 18, 2017 [2 favorites]

The striking thing about this movie is they pulled it off with only two human characters in the top cast, one of whom is mute and one of whom does not have a name (except for "The Colonel"). All the other human actors are props without stories.

This means we are rooting for the apes and the sympathetic human girl at the end when it turns on The Colonel was right. Our maguffin is the Typhoid Mary of the end of human language, and what we have been rooting for is the doom of our own civilization.
posted by Bringer Tom at 5:44 AM on July 21, 2017 [2 favorites]

Our maguffin is the Typhoid Mary of the end of human language, and what we have been rooting for is the doom of our own civilization.

After rewatching the original, Nova's doll stood out for me in this respect: in Planet of the Apes, Taylor uses the talking doll as proof of a lost human civilization (only for Dr. Zaius to blow it up); this film uses an infected, silent rag doll to end the Colonel's speech (after which Caesar and the Northern soldiers together blow up the base).
posted by thomas j wise at 10:38 PM on July 21, 2017 [1 favorite]

I barely remember anything from the last movie...Were the mo-cap ape effects this good last time?

I just rematched the last two getting ready for this one, and if anything, I thought the effects weren't quite as convincing as in Dawn--but they are both really remarkable. Every ape is a fully realized character, and I don't think we've seen anything quite like that in any other movie.

Overall, I loved the trilogy and thought each one got better. Together, they form an amazing birth-to-death epic for Caesar and a thrilling origin story for an ape civilization. I can't remember the last time Hollywood pulled off an epic this bold so well. Maaaaaybe Lord of the Rings, but the grounded realism of the Apes trilogy has a completely different feel.

I love Maurice's/Caesar's/Rocket's compassion in saving Nova and protecting her. To me it's implied that her presence in the camp brought the mutated virus to the Colonel, so the apes' mercy wound up being instrumental in their enemy's downfall--it also spared Caesar from giving into temptation to become a murderer. His act of compassion ultimately spared him from following Koba's path. (I guess there may be a further implication that with Nova among them, any human who contacts the apes will be exposed to the mutated virus, so her presence continues to act as a sort of protection, and ultimately does ensure that the apes will be superior to nearby humans, at least as far as communicative easy, and possibly cognitive ability.)

My one complaint with the movie is that they named the girl Nova. That was a link to the original 1968 movie that fell flat to me, and seemed overly contrived. Having mute humans was enough of a connection to the original as it was. In fact, it kind of took me out of the movie, since in 1968 PotA, it's clear that the setting is the distant future, and if War were to function as a prequel, War's Nova can't be the original Nova, and I liked the idea that this trilogy would work fairly well as an imagined backstory for the original. (Especially since we saw the Icarus take off and be reported lost in Rise.)

All that could be redeemed, if they go ahead and do a remade PotA that fits in the new timeline and avoids the problems with the Marky Mark version.
posted by Pater Aletheias at 10:37 AM on July 22, 2017

It was fine but I definitely preferred the first two. During Woody's shaving scene, on the balcony in front of the soldiers,  I had a flashback to the Hunger Games movies. If I liked the movie enough to spend more money on it,  I would go to another viewing and start doing that whistling as soon as he steps out onto the balcony. Woody really pulled me out of the scene. A different actor would have been a better choice.

I liked the doll being the infection vector. I didn't like Nova. I can't quite put my finger on why. It's as if there's something unimaginative  or absurd going on. The fucking flower. The Angel of Mercy schtick. Did they have her glowing and haloed or was that just my imagination?

For a camp full of soldiers with enemies on both sides,  their security was lax as shit. No guards at the gate or the colonel's room and only one guy noticed that TWO cages full of apes were empty. They sucked at soldiering.

I might have laughed out loud at the Pepsi van. Way to commit to product placement.

Actually, fine might be too strong. I didn't hate it but it is fairly bland and paint by the numbers. Plus the stupid drums needed to shut up for a minute.
posted by jojo and the benjamins at 7:48 PM on July 29, 2017 [1 favorite]

I also loved the CGI but I have to disagree about "Bad Ape," the Steve Zahn character; to me he was the movie's JarJar Binks. And during Woody Harrelson's big expository speech, I just kept thinking that they were fulfilling some sort of Oscar Best Supporting Actor nomination or marketing requirement. That said, I liked that The Colonel (Harrelson) killed himself in keeping with his belief system. I was annoyed that the helpful orangutan could speak English after all, but only used it at times of peak emotion with Nova and Ceasar. Speaking of Nova, she too was inconsistent--sometimes helpless and frightened, sometimes resourceful and brave--but with no clear growth trajectory.

Ceasar's death, the group's flight to safety with no clear leader, and the infection harming the humans makes me wonder if the next round will feature the apes struggling to form a society, invent democracy, etc.
posted by carmicha at 2:50 PM on July 30, 2017

All that could be redeemed, if they go ahead and do a remade PotA that fits in the new timeline and avoids the problems with the Marky Mark version.

I've seen this suggestion in prior threads, and concur. Watch the 1968 movie for the reveal, and then these newest 3. Stop. You are done.
posted by mikelieman at 3:15 PM on November 12, 2018 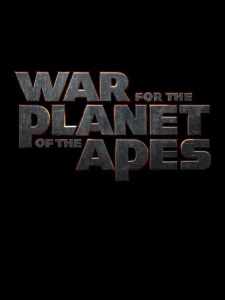