With South Vietnam in chaos, hardliners in Hanoi seize the initiative and send combat troops to the south, accelerating the insurgency. Fearing Saigon’s collapse, President Johnson escalates America’s military commitment, authorizing sustained bombing of the north and deploying ground troops in the south.
posted by homunculus (6 comments total) 1 user marked this as a favorite
And, so, here we go. Boots on the ground by the thousands. Airborne cavalry. The beginning of negative press. Seems like a good time to get into how the draft operated at this time, where individual draft boards had great leeway in determining who went and who didn't (as well as the many available deferments available), resulting in an outsized representation of poor and minorities being sent into service.
posted by Thorzdad at 9:51 AM on September 20, 2017 [1 favorite]

I liked where the one interviewee said that the mistakes were one thing, but then lying to cover up your mistakes and then sending people to die to placate your ego was the real problem. And I think that was preceded by that graphic where at the time the estimate was that the escalation and start of a formal, widened war was 10% to help the Vietnamese people, and 70% just so we didn't look bad.

I didn't like portions where they listed the numbers of casualties on the one side, then said "their men advanced 4 more times and were obliterated each time". I think later they noted 642 corpses that were counted, so I suppose they did note it a minute or so later.

And also, they spent part of the time in one of the first episodes saying that army called itself the Vietnamese Liberation army or something similar, but U.S. forces referred to them "by a derogatory term" as the Communist Traitors of the nation of Vietnam, or 'Viet Cong' -- and the viewer is supposed to look at that as a slanderous thing.

Then they spend episode 3 calling them the Viet Cong.

I did like how the use of music and even some scenes was clearly deliberately done to evoke a remembrance of Full Metal Jacket. And notably in "Private Gomer Pyle" style there's that one Vietnamese officer they continually interview who seems to smile when he talks, though just like the film, it seems that's just his face. But I can just sense how that will be taken by a lot of viewers.

I was taken aback by Morley Safer's appearance and reporting. I'm not sure I ever knew he played that pivotal role. And the President calling up to try to bully CBS is some scary stuff.

Lastly, I wish we had more opinions, interviews, analysis and discussion from women. There's a good amount of discussion that cuts through a lot of the events and boils them down to their core elements - egos, stupid mistakes that people won't let go and send other people's kids to die over, and I like that. There have been interviews where people talk about how they were scared. Talk about how they believed the hype of "the red scare", in such a way that you are to assume they are telling you they were suckered in and now regret that belief. But I would love to have more voices of women talking about the moves, decisions, actions and consequences, aside from just how they lost someone. We have the one woman who is consistently interviewed, and then obviously the one puppet president's ruthless wife who essentially spat on the immolating Buddhists and who survived the coup.

I get that at the time, the people in combat were men. The generals, the presidents, the defense secretaries. But I wish somehow they could weave more perspectives of women in, because I love how sometimes that perspective can really call out the bullshit of men not being able to work out their differences without murdering, maiming and destroying.

Oh also, anybody else feel like you're in a basement watching, waiting for the world to be destroyed? I feel like the people who need to see this not only won't watch it, they'll proudly not watch it.
posted by cashman at 5:39 PM on September 20, 2017 [1 favorite]

Yeah, while I really like that they're giving Vietnamese witnesses a fair amount of time--one of the North Korean soldiers is really compelling--I really wish that women and POC Americans got as much of the touchy-feely family deep dive as, say, Denton Crocker is getting. It's really frustrating that what feels like almost all of the American speakers--and particularly the ones we're supposed to develop a relationship with--have been white men, that they're supposed ot be our touchstone for the "human face" of war. Obviously when we talk about indicting the politicians who kept making every wrong decision, that's one thing; but why can't we get more from, say, the Black vet's family?. (And the music swaps for when they briefly cut to Roxbury to give a Black vet about 30 seconds of talking is super unsubtle). I know we've got like 14 more hours to go, and all, but I'm not optimistic.
posted by TwoStride at 6:21 PM on September 20, 2017

It was interesting to see some of the photos of Johnson and his advisors meeting in the Oval Office where they already had a bronze bust of JFK installed - only months after his assasination. Like a mythic figure lurking in the background that Johnson could never live up to. Burns never alludes to it in the narration, but he shows it several times from different angles. It's the kind of detail that shows what a master Burns is with this particular film-making technique.
posted by spudsilo at 9:01 AM on September 21, 2017 [2 favorites]

Seems like a good time to get into how the draft operated at this time, where individual draft boards had great leeway in determining who went and who didn't (as well as the many available deferments available), resulting in an outsized representation of poor and minorities being sent into service.

Even deferment profoundly affected the course of my father's life.

He went into electronic engineering design as a trade - but just as a job initially. By the time my parents married in 1967, my father was working for Electric Boat, designing nuclear submarines - and that particular choice may have been impacted by the fact that he could be deferred from the draft by working for the military. I'm pretty sure that he saw things on the job that freaked him out, since he and my mother are the only Democrats amongst a whole family of Republican relatives even today.

But they did away with that deferment in '69, and my father was put into the running for the draft. His number even came up eventually, but by that point my parents had been working on another angle - they'd heard that fathers, especially expectant fathers, would be deferred.

Incidentally, that's why I exist. My father had apparently gotten his appointment for his army physical already when my mother finally was able to confirm she was pregnant with me, and Dad was excused.

So the draft profoundly affected my life as well.
posted by EmpressCallipygos at 6:47 PM on September 22, 2017 [1 favorite]

Burns’s Vietnam Episode 3 Should Have Addressed Human Costs Of Bombing The North
posted by homunculus at 10:37 PM on September 25, 2017 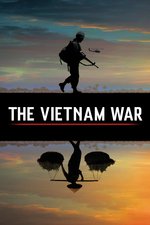